Among the hundreds and thousands of codes that have been broken by cryptographers, the government, and even self-taught amateurs tinkering around at home, there remain a small few of codes and devices which have yet to be cracked by anyone.

In this article, I’ll take a look at some of the most complex security systems on earth – and what makes them so foolproof. 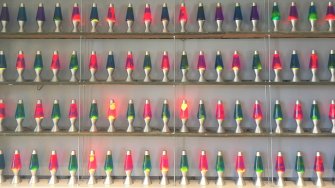 The actual wall of lava lamps in Cloudflare HQ.

The wall of lava lamps

Remember back in the ‘90’s when everyone had a lava lamp on their nightstand? Well, they’ve made a comeback – except this time, they’re being used for a very different purpose.

Cloudflare, the web security company based in San Francisco, has installed 100 of these devices in their office in order to help protect parts of the internet from hackers.

The concept of error-free code has been around since Djikstra first came up with the idea back in October 1973. However, at the time, such an idea seemed extremely impractical – if not impossible to actually implement.

However, it turns out that researchers at DARPA have recently come up with a new way for computer scientists to use mathematical code to check that code is functionally correct and error free. The method has the ability to check up to 100,000 lines of code at a time.

This will allow scientists to build a base of extremely secure code on all of their applications, and then to have a number of software programs running on top of it that won’t affect the overall system security.

Using this method has already been successful in a test run that involved defending the ‘Little Bird’ unmanned military helicopter from a ‘red team’ of hackers trying to take it down.

The most heavily guarded place in the world

There’s a reason people say ‘it’s as secure as Fort Knox’ to describe something that’s extremely difficult to break into. Fort Knox, also known as ‘The United States Bullion Depository’, is probably the most heavily guarded place in the world.

The U.S. Treasury hasn’t confirmed exactly what protects Fort Knox – just that it’s “equipped with the latest and most modern protective devices”.

To even get a glimpse of these devices, you’d first have to get past the guard boxes stationed at all four corners of the building, the 40,000 soldiers and civilian employees employed by the Fort Knox army post, and the 20-ton vault door made entirely of steel and concrete. 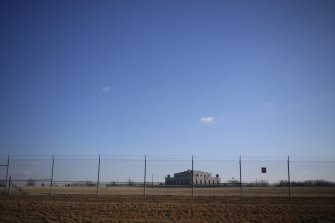 The cost of protecting pricelessness

Museum security is a tricky art. It’s important to find the balance of protecting valuable art pieces from thieves and vandals, whilst still maintaining an enjoyable, relaxed atmosphere for members of the public and still giving them the chance to connect with some of the most influential creations in history.

Now the painting is kept in a special bulletproof box. This helps to protect it from heat, humidity, and vibrations. It also makes the painting resistant to bullets and any other objects thrown at it. It’s not a ‘code’, per-se, but it’s certainly proved to be unbreakable so far.

One example of this was when a Russian woman threw a terra cotta mug at the painting back in 2009. The mug simply bounced right off the glass and smashed. 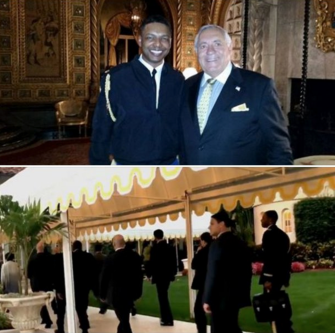 The nuclear football is known by a few names, including the ‘Presidential Emergency Satchel’ and the ‘black box’. It’s perhaps the most dangerous briefcase in the world, as the contents are said to allow the President of the United States to authorize a nuclear attack while away from fixed command centers.

The current concept of the nuclear football originated just after the Cuban Missile Crisis when John F. Kennedy became concerned that a commander in Cuba may launch missiles without being authorized to do so by Moscow.

If the president ordered that nuclear weapons were to be used, they would be taken aside by whoever is carrying the briefcase, and the briefcase would then be opened accordingly. Then, a command signal would be issued, and the president would review and analyze the attack options available.

In 1948, a man was found dead on Somerton beach. Fingerprint and DNA tests returned nothing. He remains unidentified to this day.

However, perhaps the most intriguing thing about this man was the fact that he left behind a code – a small piece of paper folded up in his coat pocket. It said ‘Tamam Shud’ – Persian for the word ‘finished’. It appeared to have been torn from a book of Persian poetry called ‘the Rubáiyát of Omar Khayyáma’, which a doctor found had been thrown through an open window of his car.

When the back page of this book, five lines of code appeared. They have mystified code-breakers ever since. The code remains uncracked to this day. 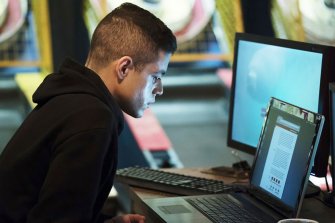 Even the most unhackable codes can be hacked

Hackers are becoming more and more advanced with each passing day. Just because these systems have not yet been broken into, it doesn’t mean that we can afford to be lax with our security measures.

But so far, it looks like hackers and thieves will have to try a little harder before they manage to break into these systems.

A medical entomologist points to metabolism, body odor, and mindset.
Up Next
The Present

10 reasons why Finland’s education system is the best

No standardized tests, no private schools, no stress. Finland’s education system is consistently ranked best in the world. Why isn’t America copying it?