Tesla CEO Elon Musk, in a recent series of tweets within the last two weeks, has shocked investors and has now drawn the ire of the SEC after clumsily announcing that he intended to take the company private.

On August 7th, he tweeted that he was “considering taking Tesla private at $420.” The deal at the time of the tweet was supposedly secured and discussed with the board members. Tesla’s stock, of course, jumped 11% on the misleading news and closed at $380. In one of the subsequent tweets, he said that investor support is confirmed, but it’s not certain because it’s contingent on a shareholder vote. Which suffice to say, doesn’t mean much of anything when your board of directors was completely clueless on the matter. (According to a bombshell NYT piece published last week, Musk allegedly tweeted the now infamous “420” on the way to the airport after a night of Ambien sleep, rounding up the number by a dollar because it was “better karma” – Ed.)

In the day’s following according to the New York Times, it was reported that “some members of the board had been totally blindsided.” The board of directors is reportedly hiring lawyers and board members and media pundits alike are urging Musk to tone down the incessant tweeting. Yet this has continued to snowball and it seems like confusion and discontent will only keep growing.

But Tesla might just be the canary in the coal mine for a new bubble that’s ready to burst.

Some analysts feel that this type of irrationality is indicative of a deeper economic trend. 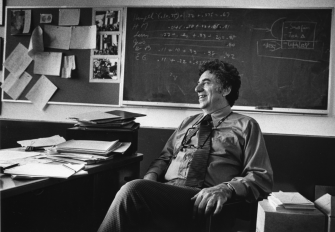 Are we heading for a Minsky moment?

Barron’s columnist Randall W. Forsyth, postulates that Musk’s buyout plan is signaling a market downturn in the days ahead. He calls upon the legacy of Hyman Minsky, an American economist who although he died in 1996, was prescient in his prediction for future financial crises. His thesis was simple: “Minsky held that, over a prolonged period of prosperity, investors take on more and more risk, until lending exceeds what borrowers can pay off from their incoming revenues.”

It’s then proposed that during a financial bust – like the one we’ve been in, more irrationality is beginning to set in as investors and borrowers gobble up debt to pay for future growth. Eventually, this leads to extreme illiquidity and hence the “Minsky moment” is born.  This has happened in both the original dot-com bubble and in the last recession, Forsyth goes on to say that:

“The crisis of a decade ago followed a prolonged period of stable financing conditions, marked by slow, regular Federal Reserve interest-rate hikes. That, in retrospect, encouraged all sorts of feckless mortgage borrowing, which was repackaged in a nefarious manner by Wall Street. As Minsky might have predicted, the stability resulted in instability.”

While the crisis he talks about was because of shoddy subprime mortgage practices, this instability can also be caused by exuberant bouts of bubble-like growth in a new market. 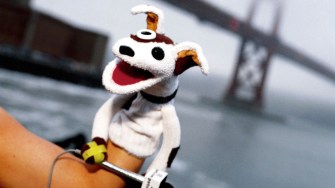 The Pets.com mascot was, to many, a symbol of the first dot-com bubble.
ANN SUMMA/LIFE/GETTY IMAGES

Looking back at the dot-com bubble

Our markets have been on the uptrend for quite some time now. That has been in no doubt led by the new tech renaissance. Building off the backs of the initial dot-com era, we have grown and learned a lot along the way. In the birth pangs of the internet, we created foundational things like E-commerce and solidified the infrastructure for things to come.

In 1999 there were 457 IPOs, in which nearly a quarter of those stocks doubled in price. Many of these stocks were held up by nothing but hot air and investor enthusiasm. Infamous companies like Pets.com and more going up in flames to bankruptcy still resonate with us today. While this crash was bad for investors and the economy at the time;  in the midst of the detritus of worthless companies, there were winners that emerged which have changed our future today.

In our current tech bubble, we’ve had an equal amount of enthusiasm and growth. Billions of dollars spent acquiring companies that have never turned a profit. Apps, a dime a dozen and valuations in the billions for funny faced filters. There are a lot of absurdities mixed with the real progress through advances in artificial intelligence and superpower online retailers.

It’s a certainty that our economy couldn’t bear a cataclysmic bubble 2.0 burst. But amid all of this, we’ve learned quite a lot from our high-tech predecessors at the turn of the 21st century.

For one, it’s not enough to just invest in supposed innovation alone, a financially sound and business that has the potential to mature must be the working business model. Today investors need to look at more than just empty promises and buzzwords. Dig into the financials, monetization, ability to meet strict deadlines and the potential trajectory of growth. 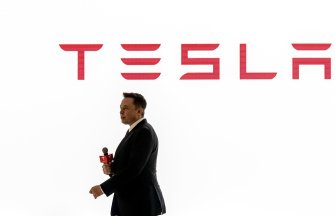 Which leads us back to Elon Musk and Tesla

A company cannot be run on unfounded hype and empty promises. Musk has certainly done a terrific job with SpaceX.  But genius in one area does not translate into other aspects. It doesn’t matter how many people believe in your vision if you can’t run a successful and profitable business.

The past histories of overhyped companies going under in the dot-com bubble should be a warning to what can happen. As it stands now, Tesla is no Apple or Amazon – its history is fraught with telltale signs of eventual insolvency if it doesn’t shape up. It is not immune to the forces of the marketplace.

Bob Lutz, an American automotive executive has been highly critical of Tesla throughout the years. He predicted and watched as General Motors went bankrupt in 2009. Earlier this year, speaking about Tesla’s first-quarter earnings call he stated that:

“his costs are way higher than his revenues” and  “That may work one more time, and then he’s going to run out of money again, and then he’s cooked… At this rate, Chapter 11 [bankruptcy] is a certainty.”

While taking Tesla private might alleviate these deep-rooted problems in the company, erratic action and from what looks like on the outset – manic tweeting and churning out a dime a dozen companies for whatever Musk fancies at the moment – isn’t going to save Tesla from a potential tech boom 2.0.

A team of archaeologists has discovered 3,200-year-old cheese after analyzing artifacts found in an ancient Egyptian tomb. It could be the oldest known cheese sample in the world.