The internet is littered with fake articles. But you tell what is truthful and what is garbage?

A new quiz called Factitious aims to help people separate truth from fiction, gamifying the process of how we determine the veracity of what we read online.

In the wake of the 2016 US presidential election, where the spreading of dubious content on social media was rampant, it is a welcome addition to the growing body of tools to sharpen our media literacy skills. The game, which uses a Tinder-like interface where one swipes right if they think the displayed article is truthful, was developed by the American University Game Lab and American University JOLT program.

A screenshot of Factitious. In the above scenario, the article is FALSE.

The creators of Factitious, in a press release, make clear the limitations of this playful media literacy in truly eliminating fake news from the internet. The larger aim is to get individuals to be more cognizant of how they are consuming media. The definition of media literacy is “the ability to access, analyze, evaluate, create, and act using all forms of communication.” The overall goal of media literacy, which Factitious effectively aims its sight at, is to have consumers of media think more critically and act more responsibly.

After playing Factitious a few times, the main takeaway for me was:

–Always verify the source: Is the article deriving from a credible media outlet or one that you are unfamiliar with? Many of the fake news articles derive from realistic-sounding outlets that have cropped up to be merely clickbait money-making operations.
–Look for fake news giveaways: Dubious content is often written in a paint-by-numbers fashion of cobbled together anonymous sourcing and outlandish titles. Articles should be passing through a critical filter where we are looking for red flags (as opposed to mindlessly consuming).
–Slow down with consumption: This was the main takeaway for me, and one in which I wish the creators of Factitious made direct mention of. It is clear that we often read articles without adequately checking the veracity but WHY is that? It is not enough to merely indicate the importance of sources; I would find it more helpful to focus on the underlying social media environment where we are flooded with content and may feel a desire to share quickly (to be in-the-know). 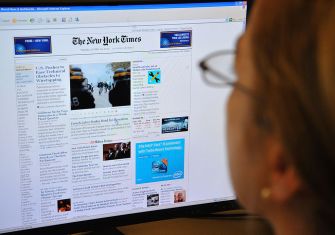 “In a news story, context is king. If you skim stories, you run the risk of misunderstanding a point that is out of context,” says Adam Chiara. Chiara is an Assistant Professor of Communication at the University of Hartford, along with being a contributing writer for The Hill. “You as the reader have to follow the writer’s logic and sourcing to determine if what you read makes sense or if something does not seem right. In other words, if you skim stories you weaken your own ability to think logically.”

To Chiara, a big aspect of being media literate is taking more responsibility in not only how you read but also what you share. He points out the reputational risk of being someone who reflexively shares, as opposed to thinking more critically about the underlying context and the damage spreading misinformation has on society.

He also mentions another skill and one in which perhaps Factitious could emphasize more as it develops. “One of the best pieces of advice to guard against fake news is to cross reference,” says Chiara. “If you read a story that seems like it could be a stretch — see who else is reporting it. If no one is, you should most likely move on — you probably have an untrue story in front of you.” 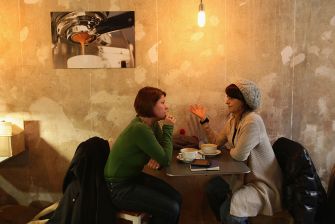 “People struggle to figure out how to know what information is credible these days,” states Deborah Pardes, founder of the media literacy project Arresting Knowledge. Arresting Knowledge is a docu-series and teaching tour, currently traveling around the United States. “Our work is about collective wisdom,” continues Pardes. “Never trusting singular sources that are digital. Too much can happen on this misinformation highway. People need people. Arresting knowledge is betting on the fact that face to face will save the human race.”

In order to sort the truth from garbage on the internet, we are going to need all the help we can get. It’s time to slow down, think critically, and talk to one another.

Want to connect? Reach out @TechEthicist and on Facebook. Exploring the ethical, legal, and emotional impact of social media & tech. Co-host of the live show/podcast, Funny as Tech.

On New Year’s Eve 1899, the captain of this Pacific steamliner sailed into history. Or did he?
Up Next
Hard Science

What Made Dogs Our Close Companions? New Study Finds It Was a Genetic Mutation

Funnily enough, some humans carry one of the very same genes.