Everybody seems to be making money on bitcoin and other cryptocurrency, but not many people grasp how the underlying technology works.

Does that matter? We will soon find out, now that Bitcoin has recently been added to the Chicago Board Options Exchange and The Chicago Mercantile Exchange to allow for futures trading. 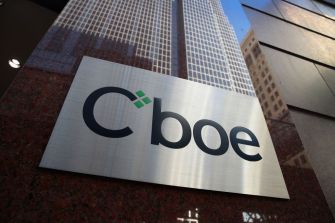 Every day brings new stories of investors pouring money into cryptocurrency with little understanding of the base technology, or perhaps intent of the company. For example, because of a recent spike in Ripple tokens, the paper weather of its co-founder Chris Larsen briefly surpassed that of Mark Zuckerberg.

As Mark Twain once stated, “The more you explain it, the more I don’t understand it.”

Given the difficulty in grasping Bitcoin, is it wise to participate in futures trading with the currency?

Until recently, the only way Americans and most other traders (Outside of contract-for-difference [CFD] agreements) to trade in Bitcoin was through cryptocurrency exchanges, such as Coinbase and Kraken. The popular exchange Coinbase limits the platform to only the most popular cryptocurrencies, and trades in billions worth of Bitcoin annually. When holding Bitcoin, a user will store the currency in the exchange or in their personal wallet. Traders are often concerned about hacking, with Coinbase customers reporting 30 thefts per month in 2017.

In mid-December 2017, Bitcoin started trading on the CME and CBOE for futures. “This is your first opportunity to take a bitcoin derivative and put it on a centrally cleared exchange that has transparency, said JJ Kinahan, the chief derivatives strategist at Ameritrade, in a recent interview with CNBC. While futures markets tend to add stability, the initial low volume of trading may increase volatility. And unlike traditional Bitcoin trading, Bitcoin futures contracts can’t get hacked or stolen. 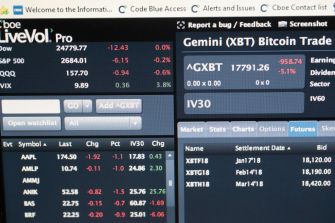 As of right now, however, futures trading is mostly for major traders.

“Most people won’t lose their shirt unless they’re doing this on credit, or buying on margin,” states venture capitalist Scott Hartley, author of The Fuzzy and The Techie: Why the Liberal Arts Will Rule the Digital World.  “It’s possible to do some of this on entry-level platforms like Coinbase, but the majority of anyone playing this close to the fire has been long crypto for a while, and is probably already playing with their paper gains.” I ask him whether the complexity of Bitcoin is similar to Credit Default Swaps, where the people designing the product may not have even understood the instrument.

“In my mind, we are a long way from CDS. That was people losing homes, and those were systematic ways of hiding risk,” he states. “This is largely tech insiders losing money they didn’t have six months ago because they’re now chasing speculative gains on an alt coin. When your Uber driver starts asking you about Ripple that’s when it’s time to put some money down on a condo.”

The overall cryptocurrency craze seems to be a mixture of greed, confusion, and an underlying promising technology (blockchain) that may revolutionize business. An August 2017 WIRED article title may have best summarized are current moment: Bitcoin Makes Even Smart People Feel Dumb.

The case for and against cryptocurrency

Economist Tyler Cowen says there are good reasons to be crypto-skeptical.
▸
4 min
—
with
Tyler Cowen
The Present

Bitcoin is often derided as volatile, but a new report suggests there is a method to the madness.
The Present

The first nation to make bitcoin legal tender will use geothermal energy to mine it.
The Present

Enter for a chance to win $10,000 worth of cryptocurrency and more

The more you donate, the greater your chances.
Up Next
The Present

Everything you should know about happy relationships in one infographic

From communication to intimacy, this data visual has it all covered.