In an analysis of 702 occupations, researchers from Oxford University came to a distressing conclusion. A full 47 percent of all occupations in the US are likely to become automated, and that’s only over the next few decades.

It’s anxiety inducing, but it’s also inevitable. It’s not reasonable to be a Luddite in the face of such an overwhelming potential for human benefit — sure, the transition will be rough, but as automation transforms the nature of work, humanity stands to gain significant productivity and free time. Unfortunately, many of the life skills that we’ve worked hard to acquire in order to succeed and perform the jobs of today may not be relevant tomorrow. Here are the top 3 life skills that the changing world is making obsolete. 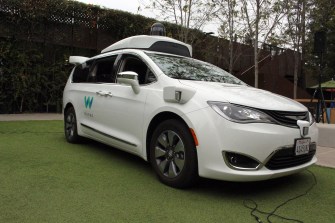 A Waymo self-driving car pulls into a parking lot at the Google-owned company’s headquarters in Mountain View, California.

Recently, Lyft announced that its fleet of 30 self-driving cars in Las Vegas had made their 55,000th ride, with no major incidents and a consistent 4.97 rating out of 5. As the remote sensing technology and algorithms that drive autonomous cars improve, not owning a car may become the norm. Instead, we might request a ride from a fleet of cars owned by corporations like Lyft and Uber. Commercial trucking, too, will likely be replaced by self-driving cars. Already, a number of companies are angling to become the first to dominate this new market, such as TuSimple, which is running five round trips for the US postal service as part of a two-week pilot test.

While this is an exciting transformation, it’s also going to have some major impacts. Being a driver (whether that’s a truck, delivery, or tractor driver) is the most common job in the US. Once self-driving cars mature, there will be no reason to pay for a driver anymore, and no reason to learn to drive. Some people will undoubtedly still drive, but it will become a skill akin to riding horses, something set aside as a hobby for individuals with a keen interest.

STEM skills are among the most lucrative, practical, and useful skills to acquire, so it seems far-fetched that they would become obsolete. The trouble is, STEM industries develop at an exponential rate. It has been estimated the 65 percent of children entering grade school will wind up working in professions that don’t exist yet, making it difficult to train them for those industries. Fifty-four percent of Americans believe that they need to train continuously in order to keep up with their changing workplace, and nearly 50 percent of the knowledge learned during the first year of a four-year technical degree will be out of date by the time the student graduates.

So, STEM skills as a concept aren’t likely to go away any time soon — rather, the specific STEM skills that you can learn today are going to rapidly become obsolete. The benefit of STEM education is the same as any type of education: the rigorous, critical thinking skills they inculcate. Specific to a STEM education, too, is the fact that if you don’t learn these skills that will cease to be relevant in the future, you won’t be able to keep your head above water at all.

But this, of course, doesn’t fully account for the specter of automation. Most experts believe that STEM-based fields will probably grow in response to the wave of automation. Just as machines didn’t replace all the jobs during the Industrial Revolution, it’s unlikely that the so-called “Fourth Industrial Revolution” will totally replace all jobs as well. And it will replace those jobs with new ones, ones that will likely involve STEM skills.

The thing is, nobody really knows for sure. Some believe, for instance, that software development will become a largely automated process requiring far fewer technical skills than it does today. Coding skills are extremely lucrative today, but it’s not at all clear that they’ll be needed in the future. The level of talent and skill needed to enter other STEM fields, too, may diminish as automation makes things easier.

As with STEM, the nature of many financial activities makes them very attractive targets for automation. Banking, accounting, and financial forecasting are mainly just different ways of processing information, something that machines are becoming increasingly adept at. For instance, a study by PwC found that 40 percent of accounting activities can be automated, such as billing and reporting.

Financial advisors will no longer need to navigate complicated tax scenarios as well. Already, H&R Block is using IBM’s Watson to assist in tax preparation. Considering the over 74,000 pages of the tax code, offloading this work to a machine makes a lot of sense. As another example, JP Morgan’s Contract Intelligence — or COIN — saves the company 360,000 work hours annually by reviewing loan documents in seconds.

Not true. Even something as challenging and multifaceted as investing is being automated. Banks like Citigroup use AI to provide clients with investment advice. The Boston-based hedge fund Domeyard uses AI to parse through the 300 million data points that are generated by the New York Stock Exchange’s first hour of trading alone. Using machine-learning techniques to gain an edge is quickly becoming the norm among traders.

These three major skill sets are likely to disappear in the future or transform so thoroughly that they will bear little resemblance to what we see today. Does that mean developing these skills today is a waste of time? Not necessarily. Although little can be said for driving skills, honing your STEM and financial skills will provide an understanding of the fundamentals behind the relevant technology. And most importantly, sharpening these skills will sharpen the skills that are truly difficult to automate as well, like creative and critical thinking. In the future, the ability to think in a uniquely human way may become the most important skill out there.

In the future, will we acquire skills, not degrees?

Nontraditional education options are on the rise.