One of humanity’s greatest advantages is our propensity for community — we can accomplish together what no one can pull off alone. It’s not something that happens automatically or even all the time, of course, and we can be fractious. There are, though, two things that tend to bring us together: crises and holidays.

Going back to time immemorial we’ve come together for holidays that celebrate our commitment to one another in the face of both difficulties and achievements. We enjoyed holidays that celebrated shared joy at the completion of common tasks such as harvests, and reaffirmed our resolve to get through, say, a hard winter together.

In Europe many of these ancient celebrations reflected worldviews that were displaced by Christianity spreading across the region after about 200 CE. Christianity largely replaced the focus on the individual experience with the celebration of the life of Christ. Some millennia-old holidays disappeared, as others were co-opted by the Church. And yet, many not completely lost, and their echoes underscore how human understanding changes, evolves, and goes back and forth over time. The big questions remain. Answers come and go.

Life in all its messy glory

Ancient holidays tended to depict the experience of everyday people, in some places personified by major and minor deities, animals, or natural phenomenon. While each civilization enjoyed a holiday calendar that reflected its own beliefs, there were certain events that were largely universal: Holidays that marked changes of seasons, represented by different positions of the sun in the sky. Signs whose significance has been understood for a very, very long time. 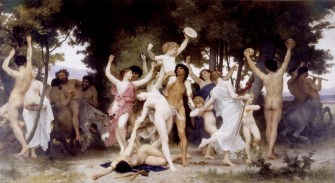 Spring by any other name

As one would expect, the expression of these events varied from place to place. For example, during what we consider Spring: 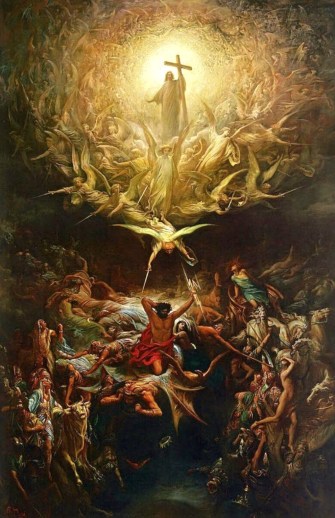 The Triumph Of Christianity Over Paganism. Wow. Painting by Gustave Doré

“Pagan,” from the latin word paganus, originally described followers of a particular, pre-Christian polytheistic religion. Over time, though, its meaning broadened. The Oxford Dictionary awards it two very different meanings. The first reflects its use as a perjorative (see painting above):

“Belonging or relating to a religion that worships many gods, especially one that existed before the main world religions.”

Today, the word often carries less of a sting, and in fact has been adopted proudly by some of the many people who believe that a naturalistic view more accurately represents their view of the world around them. Oxford’s second definition:

“Belonging or relating to a modern religion that includes beliefs and activities that are not from any of the main religions of the world, for example the worship of nature.” 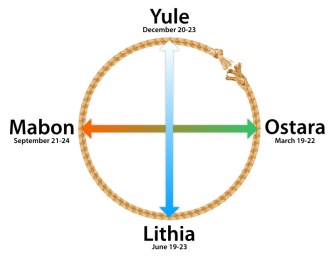 Proud pagans of the 21st century

Modern pagans, in a fitting echo of the original different civilizations from which their holidays have sprung, recognize a diverse range of annual celebrations throughout what they commonly view as the Wheel of the Year.

As always, the seasons rank high in importance among contemporary pagan holidays, and they have ancient-sounding names.

Quarter holidays for modern pagans are typically Imbolc, Beltane, Lughnasadh, and Samhain, a story in and of itself. 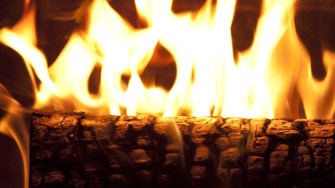 How a pagan holiday is reinvented: Christmas

As Christianity took root, some pagan holidays were so popular that they were simply absorbed. The symbolism of an original celebration sometimes survived — as with Easter’s rabbits and eggs — or a new meaning was superimposed over pre-existing festivities. Christmas is a good example.

Christmas has something to do with the birthday of Jesus, though the connection is not as direct as it might seem, and, in fact, may actually not have anything to do with him.

The earliest record of Jesus’ birth puts it at January 6, though it’s not entirely clear why. (The earliest Christians didn’t celebrate his birth.) According to Religion Facts, the January birth was based on his crucifixion date of April 6: It may have been “a calculation based on an assumed date of crucifixion of April 6 coupled with the ancient belief that prophets died on the same day as their conception.”

The festivities had shifted to December 25 by 273 AD, perhaps to take advantage of longstanding, well-attended pagan solstice celebrations. As far as their symbolism goes, the 1922 revision of Sir James George Frazer ‘s The Golden Boughcontains this eye-popper:

“In the Julian calendar the twenty-fifth of December was reckoned the winter solstice, and it was regarded as the Nativity of the Sun, because the day begins to lengthen and the power of the sun to increase from that turning-point of the year. The celebrants retired into certain inner shrines, from which at midnight they issued with a loud cry, “The Virgin has brought forth! The light is waxing!” The Egyptians even represented the new-born sun by the image of an infant which on his birthday, the winter solstice, they brought forth and exhibited to his worshippers.”

Sound familiar? Eventually, the existing solstice story may have simply been re-written as Jesus’ nativity, his presumed birth date of January 6 being rechristened the Festival of the Epiphany. (Washington Post has a great article about Christmas’ origins.) If the Star of Bethlehem is factual, though, it appears his birthday would have actually been in June or October, depending on the year in which he was born, which experts believe was not 1 AD.

Some things are just obvious if one lives at a latitude where there are seasons. For as long as understanding of what it all means remains elusive, we might as well at least come together to celebrate now and then. That seems to have been the conclusion, anyway, of ancient humankind. It still seems a pretty good plan today.

A vertical map might better represent a world dominated by China and determined by shipping routes across the iceless Arctic.
Up Next
The Present

What is socialism? Here’s how 10 brilliant thinkers define it.

There is no one answer. But there are 10.