The midterm elections are fast approaching. Early voting is underway and setting records for turnout across much of the country. Electionland is publishing reports, and you can get a sense of how voters are googling here. (A short, quick sample: voters in Massachusetts and Virginia have been googling about health care more often than not whereas voters in California and Texas have been googling more about immigration.)

And 2018 may be the year environmental voters begin to wake up. Only 21% of environmentalists voted in 2014, per The Environmental Voters Project, but the 2017 elections in Virginia saw an increase in two demographics particularly concerned about climate change. Pro-environment candidates did well in elections in Washington state and Florida.

And now there are more pro-environment candidates for voters to consider. There are 15 scientists running for office across the country, and there are a host of measures related to science on the ballot across the country as well. Here’s a short guide to both. 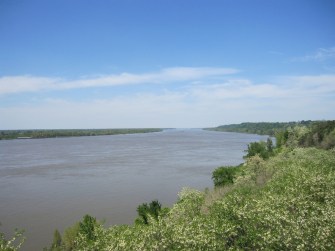 Above: The Mississippi River

Randy Watkins is a biochemistry professor at the University of Mississippi in Oxford running in the 1st district against Trent Kelley. He’s spent 30 years developing anti-tumor drugs. He has an interest in repairing “the damage done to the Affordable Care Act” and making the bill better.

Voters looking at Wadkins will also have to consider how measures to repair bridges can get traction amongst local representatives, especially how — after a plan aiming at repairing bridges failed to pass the state legislature in the spring — more bridges closed.

Rob Davidson is an emergency room physician running in Michigan’s 2nd Congressional District, running because the current representative — in Davidson’s telling — does not believe healthcare is a right.

Voters taking a look at Davidson might also want to consider — if they aren’t already, and even though the 2nd District isn’t the 5th District — the state of the water system in the state and what can be done to alleviate the burden that has been placed upon the residents of Flint since 2014. 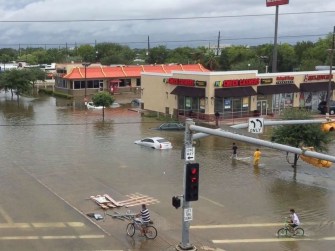 Above: Houston during Hurricane Harvey

Joseph Kopser is a retired U.S. Army captain with an aerospace engineering degree and a career in clean-energy running to represent Texas’s 21st Congressional District. He’s a centrist Texas democrat, more or less — which you can see in his support for someone like the departing Texas Speaker of the House, Joe Straus — and he has claimed — that, per Ballotpedia — “Only two things will evolve my public positions: your input and verified scientific data.”

Voters looking at Kopser should also keep in mind flood preparedness, as evinced by Hurricane Harvey and recent flooding across Texas that led to a temporary boil water notice in Austin and which could spell the imminent failure of a dam in Arlington, Texas.

Mel Hall is a minister-turned-data scientist who’s spent a career in the healthcare industry seeking to represent Indiana’s 2nd congressional district. Voters looking at Hall should also the matter of consider coal ash deposits contaminating the water in the state. The current iteration of the EPA has announced changes to coal ash regulations, including — as the Hoosier Environmental Council notes —”Allowing operators of coal ash ponds and landfills to write their own standards for groundwater protection” and “Making cleanup of contamination optional.”

Carbon Tax: Good for the U.S. Economy & the Environment

Kim Schrier is a pediatrician running to represent Washington’s 8th congressional district. She wants to stabilize the health insurance markets, amongst other priorities. Voters looking at Schrier might also want to consider Initiative 1631, a carbon tax that’s expected to raise over $1 billion for the state in order to fund clean-energy programs and clean-energy development. It’s also worth noting that the current estimated price of what a carbon tax could be is $220 per tonne of carbon, as was noted in 2015, and that the proposed Initiative 1631 baseline tax of $15 per tonne of carbon is a relative bargain for those who might be concerned about an impact on an industry under transition.

Sean Casten is a biochemical engineer running in Illinois’s 6th district who credits his running for office borne out of a perpetual desire to increase fuel and energy efficiency.

Voters looking at Casten might have heard Casten talk about an environmental issue that will have an impact on the voters as well: the current occupant of the White House signed an executive order in June revoking a previous executive signed by Obama that had laid down environmental protections for the Great Lakes ecosystems. 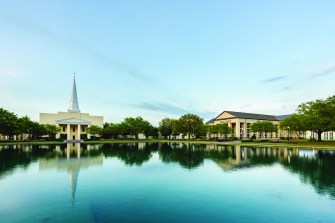 Joe Cunningham is an ocean engineer who became an environmental lawyer who is running to represent South Carolina’s 1st Congressional District. He is campaigning to push for a ban on offshore drilling, as newspaper endorsement notes, amongst many other issues. Voters taking a look at Joe Cunningham should also take a look at any and all programs related to climate change, as the 1st Congressional District contains Charleston and a decent chunk of the state’s shore.

Hiral Tipirneni is an emergency room physician and cancer research advocate running to represent Arizona’s 8th District who wishes to expand Medicare, fight off any age-related health care tax that might be levied on older adults, and more. Voters taking a looking at Tipirneni might also want to take a look at Proposition 127, a measure requiring energy companies to get a certain percentage of their energy sources from renewable sources, and — if the measure fails, as it might — think about how best to implement similar measures in the future. 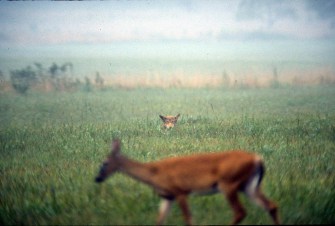 Above: a red wolf hiding in grass.

Marty Olsen is an Ob/Gyn physician running to represent Tennessee’s 1st Congressional District because the current representative voted to repeal the Affordable Care Act, amongst other reasons. Voters taking a look at Olsen might also want to take a look at issues related to water pollution as well, as the lowering of runoff standards for construction projects — along with other issues — has had an impact on the state’s water quality.

Dr. Kyle Horton is a Doctor of internal medicine running to represent North Carolina’s 7th Congressional District with an interest in protecting health care and the quality of water in the state, amongst other concerns. Voters taking a look at Horton should also consider arsenic and lead seeping into waterways, the legacy of coal ash, and what it might take to protect red wolves from extinction.

It’s also worth noting that if either Horton, Tipirneni, or Schrier are elected, they will represent the first female doctor ever elected to Congress. 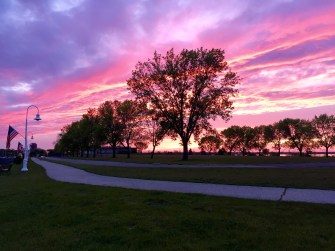 Above: a sunset in Michigan.

Lauren Underwood is a registered nurse and health policy expert running to represent Illinois’s 14th Congressional District. She’s interested in tackling mental health care and — per Ballotpedia — is interested in pursuing “a fully funded and appropriately staffed Environmental Protection Agency with authority to regulate, monitor and enforce standards associated with the Clean Air Act, Clean Water Act and other safeguards to promote health, safety and our environment.”

Voters taking a look at Underwood might also want to take a look at how ‘green’ something like the Illinois Research and Development Corridor happens to be.

Matt Longjohn — a physician — is running to represent Michigan’s 6th District after someone told him at an event to avoid telling folks that physical exercise was good for your health. He believes that — per WMUK — “health should be part of policies such transportation, infrastructure and taxes, in order to bend the cost curve on health care.” This is a position someone might have if you take the time to take a holistic account of the health of a region, as the city of Boston did a few years ago (a topic which was mentioned passingly here.)

In addition to considering the state of Michigan’s water, voters looking at Longjohn also might want to take into consideration the fact that his opponent is a climate change denier. 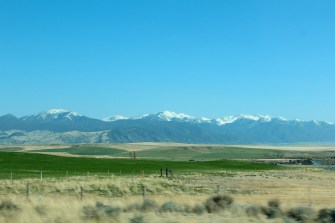 Above: a Montana landscape

Jeff van Drew is a dentist running to represent New Jersey’s 2nd Congressional District. He is interested in pursuing common ground and making college more affordable, amongst other items of interest.

Voters taking a look at van Drew might also be interested in taking a look at climate change, given that the 2nd Congressional District has a shoreline, and it might want to take a look at storm runoff, given the fact that there is more concrete in New Jersey than anywhere else in the country.

Kathleen Williams — who has worked previously for the Environmental Quality Council (you can get a sense of some of their work here, courtesy of MTPR) and Montana’s Department of Fish, Wildlife and Parks — is running to represent Montana’s At-Large Congressional District. She gives an impression of being particularly amenable to details, telling Buzzfeed in a lengthy profile, “When you’ve helped someone with their water rights, it’s like you’ve helped raise their children.”

Voters taking a look at Williams might also want to take a look at land use, where Williams’s opponent has introduced a bill that would open up 690,000 acres to logging and mining.

Steve Ferrara is lone Republican on this list. He’s running in Arizona’s 9th district. He has a background as an endovascular surgeon and is the former Chief Medical Officer of the U.S. Navy. He’s mindful of the gap between the importance of healthcare in someone’s life and the fact that there are only ten physicians currently in the House of Representatives.

Arizona voters looking at Ferrara will also have to consider how their representatives will vote on a drought contingency plan that could come up in January.

U.S. states vary radically in terms of electricity generation. Vermont is the cleanest, while Delaware is the dirtiest.
Up Next
Hard Science

Scientists create the 5th form of matter for 6 minutes