This article was originally published on our sister site, Freethink. Freethink has partnered with the Build for Tomorrow podcast, to go inside new episodes each month. Subscribe here to learn more about the crazy, curious things from history that shaped us, and how we can shape the future.

Jason Feifer, Entrepreneur Magazine Editor-in-Chief and host of the Build for Tomorrow podcast, has a fun hobby: he combs through newspaper archives to discover how people who lived 100 years ago envisioned life in the 21st century.

We, mere commoners of today, live better than the royalty of the past.

“When heating is done all electrically, and I want 70 degrees in my home, I shall set the thermostat at 70 and the temperature will not rise above that point. This temperature will be maintained uniformly regardless of the weather outside,” predicted Charles Steinmetz from 1921, an electrical engineer in Schenectady (who apparently went by the enviable nickname “Forger of Thunderbolts”).

And that’s only looking at life 100 years ago, a blip in the full scope of human life. When you rewind further, Feifer explains, you realize just how much amazing stuff populates our everyday life.

“We live in a fantasy world, and we barely pause to appreciate it,” Feifer says.

Here are 5 ways that we, mere commoners of today, live better than the royalty of the past.

You may already know that purple was a royal color — but do you know why?

For starters, purple was exceptionally expensive because of what it took to make it: it had to be distilled from the dehydrated mucous glands that lie just behind the rectum of a particular snail. Per the BBC:

“It took tens of thousands of desiccated hypobranchial glands, wrenched from the calcified coils of spiny murex sea snails before being dried and boiled, to colour even a single small swatch of fabric, whose fibres, long after staining, retained the stench of the invertebrate’s marine excretions.”

Adding insult to olfactory injury, these snails had to be imported to Europe from Lebanon (the name “Tyrian purple” refers to Tyre, Lebanon).

Then, of course, there was the law — it was illegal for commoners to wear purple. Only royals could wear it.

“In the 11th and 12th Centuries, Europe begins to develop dense urban spaces as we’d recognize them today. And this creates a social problem,” Feifer says.

2. Peace and quiet… and private sex

The next time you curl up in bed to read a book in private (wearing purple for good measure), be sure to remind yourself of your royal stature…at least compared to Europe in the Middle Ages.

“For most people in the middle ages, the concept of personal space just literally didn’t exist,” Feifer says.

“You worked and ate and lived squished up against other people. And at night, entire families would share a bed. Sometimes, strangers or travelers would hop in bed with them too, to keep warm. This wasn’t weird for them. It’s just… how it was.”

In fact, Feifer explains, the privacy we experience during intimate moments was a luxury even royalty weren’t afforded.

In societies where family lineage determines who rules the land, proving lineage is of the utmost importance. But since DNA tests were many centuries away, proving that the man and woman in question were the true parents required a…notary, of sorts.

“When you’re royalty, sex is not just sex — it is an official act of extending the royal bloodline, which is a matter of the state,” Feifer says. “So it must be…confirmed. This meant that royal sex required a witness.”

Speaking of privacy, yet another way that we have it better than royals of yesterday is our bathrooms — thanks to modern plumbing, many of us can safely assume nobody can watch us do our business.

“If you’re in the aristocracy, living in a castle, what we would call the toilet or the bathroom or the water closet, it’s called the garter robe,” Andrew Rabin, a professor of English at the University of Louisville, explains on the podcast.

“And basically what it is, is a hole … that goes outside the castle, so that you would sit on this hole and do your business. And it would literally drip down the side of the castle.” 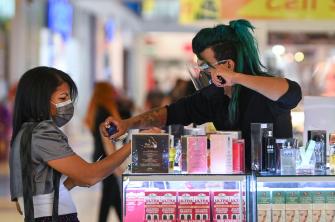 Royals may have had to suffer the injustice of possibly being spotted doing their business high in their castles, but what about common folk? The premise is similar, but much more…down to earth. Fortunately, the engineers of their day figured out an important hack.

“In medieval cities, the second floor of a house would jut out onto the street. This was for two reasons — one, because it enabled them to build wider streets, which was useful because streets could be crowded places full of animals,” Feifer says.

“But two, because that way, people could walk underneath these overhanging second floors.”

If these people happened to walk too close to the edge of these overhangs, Rabin explains, they risked ending up with “a surprising new way of styling (their) hair.”

But even when their hair stayed urine-and feces-free, they were still affronted by a panoply of scents from the street — a potent blend of human and animal excrement and body odors. Rabin says it’s a misconception that people in the Middle Ages didn’t bathe — they did bathe, it just didn’t do all that much to mitigate the onslaught of noxious smells.

Royals were lucky to have access to perfume, but the same can’t be said of all those in their employ. So take a deep breath and rest assured that what you smell is the stuff of dreams to medieval royalty.

Literacy is one thing, but in England at the turn of the last millennium, a commoner wasn’t even allowed to speak the same language as their rulers.

“In fact, several generations of rulers would pass before any of them could speak the language of their people. You know Richard the Lionhart, aka Richard the First of England, who shows up in countless movies like King of Heaven, and is portrayed with an English accent? Nah. He didn’t speak English.”

The average person wasn’t likely to have an occasion to speak to the King anyway, but the implications of this differentiation between royals and common people extended into legal affairs. This remained true even after Norman French was a distant memory.

“Even after the monarchy and the court had abandoned French and were speaking English, if you were a barrister, if you were a lawyer, you still had to learn how to speak this ‘Law French,'” Rabin said.

So, in this sense, all you need to do to live like royalty today is speak the same language as your elected leader and be able to read a legal document (even if the text itself might feel more like Law French than English). 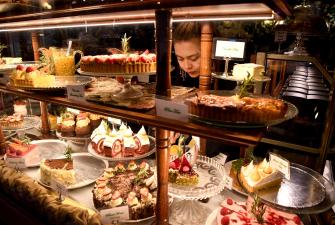 The final way to live like a royal is to indulge your sweet tooth.

“Sugar cane is a modern invention. Sugar beets: modern invention. Corn syrup: modern invention — and it takes a lot of factory processing to get that sweetness,” says Kara Cooney, a professor of Egyptian Art and Architecture, and Chair of the Department of Near Eastern Languages and Cultures at UCLA, in the episode.

“Sugar in the ancient world was from fruit. If you had access to fruit … and if you juiced it…you could get sugar. But it was a hard thing to get your hands on.”

Like the color purple, sugar was rare because it was hard to procure and to make. Modern society has managed to flip the script.

“Back then, consuming sugar was a sign of status,” Cooney says, “Now, thousands of years later, industrial sugar is one of the cheapest substances available. So the marker of status has flipped.”

The next time you treat yourself to your favorite dessert, enjoy it as the royal delight it really is.

For more, be sure to check out the Build for Tomorrow episode here.

This article was originally published on our sister site, Freethink. Freethink would love to hear from you! If you have a comment about this article or if you have a tip for a future Freethink story, please email us at tips@freethink.com.

A vertical map might better represent a world dominated by China and determined by shipping routes across the iceless Arctic.
Up Next
Neuropsych