A new study, published in March in the Journal of Urban Economics, finds that the location in which you’re born is likely to correlate to the amount of money you earn as an adult. It’s not magic, but rather the continuing influence of factors that resulted in your mother giving birth to you where she did in the first place. Since living in a big city can mean earning higher wages, being born in one — and growing up there — is likelier to lead to a lifelong economic advantage. 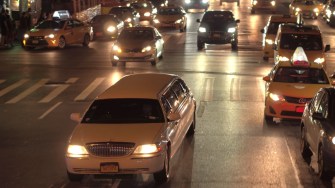 The authors of the study, Clément Bosquet of the University of Cergy-Pontoise in France and Henry G. Overman of the London School of Economics, derived their conclusions from an analysis of highly-detailed demographic data collected for the U.K.’s British Household Panel Survey. The information it contains was sourced in 18 waves from 1991 to 2009 from interviews with everyone 16 and older residing at a specific address. Individuals who moved from these residences to other locations were also tracked. On average, participants were interviewed 7.4 times over the course of the project, and Bosquet and Overman discarded individuals not interviewed at least twice.

After factoring out data that the researchers felt would skew clear results — including periods of unemployment, study, and retirement, for example — they were left a baseline data set of 55,382 observations for 75,00 individuals. (This data set was expanded as necessary for deriving insights into certain specific demographic characteristics.) 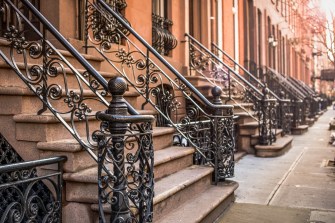 Previous research has documented the reasons that residents of affluent areas in big cities wind up with higher incomes — the downside being the unfortunate fact that those who live in areas of urban poverty find it harder to climb the socioeconomic ladder.

It’s believed that the advantages of living in a big city come from the greater number of benefits available, among them abundant amenities and opportunities for employment, wider educational choices, and robust social networks.

Large urban centers also perpetuate the growing gap between the well-off and everyone else in terms of potential success, especially as the U.S. population is increasingly moving into such expensive places to live. They attract more well-off residents in the first place, and it’s their children who are the focus of this study. About 80 percent of children born to professionals, finds the study, are born in large urban areas. Even more significant is that urban kids are more likely to get a good education, a characteristic they share with their well-educated parents, a majority of whom favor city life.

The study asserts that nearly half of us — a whopping 43.7 percent never move out of the areas in which we’re born, and indeed, the effect of birth location is strongest for these children. They benefit from urban advantages throughout their childhoods, teen years, and adulthood, and in general enjoy the increased odds for success that all big-city dwellers enjoy. People who move to big cities as adults also do better than those remaining in birthplaces having fewer economic advantages.

A group of prominent scientists shares how research has changed them.
The Present

The larger truth on the streets is that no one uses just one drug anymore.
The Future

Population growth is driven by three changes: Fertility, mortality, and migration.
The Past

For centuries, the only way to travel between the Old and New World was through ships like the RMS Lusitania. Experiences varied wildly depending on your income.
Up Next
The Present

The ‘warspeak’ permeating everyday language puts us all in the trenches

Warspeak has relentlessly crept into most aspects of American life and public discourse.