The Wensleydale Creamery makes one of England’s best-loved varieties of cheese, but it also produces waste.

Now, the bi-products are being put to use creating biogas – the latest evidence of the growing role of cheese in green energy production.

Cheesemaking byproducts from Wensleydale will be used to produce more than 10,000 MWh of energy a year. 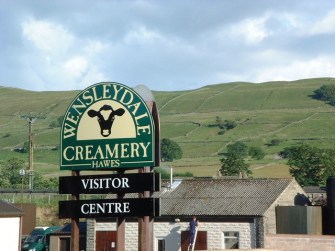 The North Yorkshire company will supply whey to a local biogas plant. The facility already uses waste ice-cream to produce gas by anaerobic digestion. The company says the gas from the whey will generate 10,000 MWh of thermal power, enough to heat 800 homes per year.

Further north, in Cumbria, farmer-owned cheesemaker First Milk has its own plant that uses whey to produce biogas.

France, home to countless cheeses – from 50 holders of the prestigious official Appellation d’origine protégée status to local farm-made varieties – has a cheese-powered electricity-generating plant supplying 1,500 homes in Albertville in the Alps.

Whey produced by cheesemaking has similarly been used in anaerobic digesters making biogas in other countries, including Italy, Canada, Mexico, the US and New Zealand. 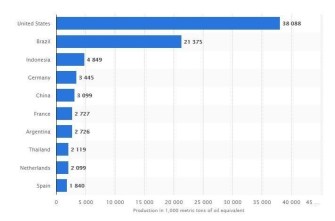 Prince Charles, the heir to the British throne, is said to be a convert to cheese power. His Aston Martin has been adapted to run on biofuel which, UK media have noted, can be generated from leftover cheese and wine.

The royal fuel is supplied by Green Fuels, a UK firm that says it has installed biodiesel plants in more than 50 countries including Mexico, Bali and the US. The US is the world’s largest producer of biofuels, mostly bioethanol from corn.

Researchers in Argentina – a major cheese producer – have also developed a process for making bioethanol from cheese. It is estimated the country’s cheese industry generates 9 million tonnes of whey each year, two-thirds of which is discarded.

Anaerobic digestion and biogas could play an important role in creating a circular economy, according to a World Economic Forum report, produced in collaboration with the Ellen MacArthur Foundation and McKinsey & Company.

Minimizing waste and making the most of resources could help reduce pressure on the environment, stimulate innovation and boost economic growth.

Scientists are solving the problem of costly energy storage.
The Present

To preserve biodiversity and ecosystems, protected areas should be connected into a gigantic World Park.
The Present

The Seychelles magpie-robin is up for sale – yes, for sale – as a digital nature collectible.
Hard Science

Icebergs aren’t just a threat to unsinkable ships. Their ability to cause underwater landslides poses a danger to coastal cities.
Up Next
Starts With A Bang

Ask Ethan: Can We Really Get A Universe From Nothing?

And does it require the idea of ‘negative gravity’ in order to work?The biggest question that we’re even capable of asking, with our present knowledge and understanding of the Universe, is […]