One day soon, you could eat bananas grown in downtown Manhattan.

It’s a way of growing food that turns traditional agriculture on its head. With the required technologies now rapidly maturing, vertical farming is sprouting across the globe.

While there are still unresolved issues with this marriage of technology and agriculture, its promise may be irresistible. If it gets off the ground — literally — in a major way, it could solve the problem of feeding the Earth’s 7.9 billion people. And that’s just one of the benefits its proponents promise.

Vertical farms could take over the world | Hard Reset by Freethinkwww.youtube.com

When humankind began planting crops for nutrition about 12,000 years ago, the nature of our hunter-gatherer species fundamentally shifted. For the first time, it’s believed, people began staying put.

With agriculture as their central mission, communities formed, with the now-familiar arrangement of residential areas surrounded by land dedicated to growing food. Even today, with modern transportation making the widespread consumption of non-local foods common, this land-allocation model largely survives: population centers surrounded by large areas for growing vegetables and fruit and raising livestock.

As our population has grown, traditional agriculture has begun facing some big challenges:

Vertical farming proponents expect that a re-think of how we grow food can ultimately solve these problems.

What is vertical farming? 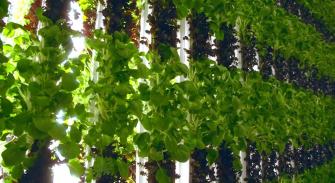 Vertical farming is a form of agriculture that grows plants indoors in floor-to-ceiling, tower-like walls of plant-holding cells. Instead of growing plants in horizontal fields on the ground, as in traditional farming, you can think of vertical farming’s “fields” as standing on edge and extending upward toward the ceiling. The plants need no soil or other aggregate medium in which to grow; their roots are typically held in a cell lining, often composed of coconut fiber.

Vertical flora is grown either aeroponically, in which water and nutrients are delivered to plants via misting, or hydroponically, in which plants are grown in nutrient-rich water. These are incredibly efficient systems, requiring 95% less irrigation than soil-grown plants. With vertical farming, Storey says that 99 percent of the moisture transpired by plants can be recaptured, condensed, and recirculated. 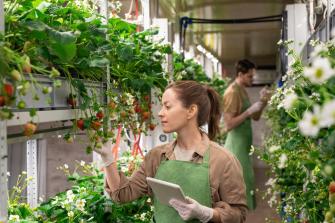 If vertical farming takes off the way its supporters believe it should and will, it may solve many of the aforementioned challenges facing agriculture.

Crop yields with vertical farming far exceed what’s possible with traditional agriculture. Plenty, Inc.’s Shireen Santosham notes that the highly controlled growing environment of vertical farming has allowed her company to reduce the growing time for some crops to as little as 10 days. Without needing to consider weather or even sunlight, combined with the ability to operate 365 days a year, their system increases the potential annual yield by about 700 percent.

The land requirement for vertical farming is a mere fraction of that for traditional agriculture. Santosham says it can be done in a building the size of a big-box retail store that can be built pretty much anywhere that has adequate utilities, including within major urban centers. The tightly controlled environment of a vertical farm should also eliminate the need for applied pesticides.

Yet another benefit of vertical farming is the return of land currently needed for food production back to the planet. This could help facilitate Earth’s recovery from deforestation and return much needed habitat to threatened or endangered species. Of course, if we ever colonize the moon or Mars, vertical farming will be the go-to option for feeding the colonists.

Several vertical farming company pioneers are already getting their high-quality crops into the hands, and mouths, of consumers. Plenty, Inc. has an eponymous line of greens, and Aerofarms has their FlavorSpectrum line. Both companies claim that their products are exceptionally tasty, a result of their carefully controlled growing environments in which computer-controlled lighting can be optimized to bring out the most desirable qualities of each crop.

The history of vertical farming

The idea of vertical farming isn’t new, and experts have been questioning its viability since the term was first coined in 1915 by Gilbert Ellis Bailey, who was obviously way ahead of the available technology at the time. The first attempt to grow produce in a constructed environment was a Danish farmhouse factory that was built to grow cress, a peppery green related to mustard, in the 1950s.

The modern concept of a vertical farm arose in the New York classroom of Columbia University’s Dickson Despommier in 1999. He presented the idea as a theoretical construct, a mental/mathematical exercise imagining how to farm in an environmentally sound manner. His class began with the notion of a rooftop garden before considering a “high-rise” version that might theoretically be able to grow enough rice to feed two percent of Manhattan’s population at the time. The eureka moment was a question Dispommier asked: “If it can’t be done using rooftops, why don’t we just grow the crops inside the buildings? We already know how to cultivate and water plants indoors.”

With the technological advances of the last few decades, vertical farming is now a reality. Our sister site, Freethink, recently paid Plenty, Inc. a visit. (See video above.) 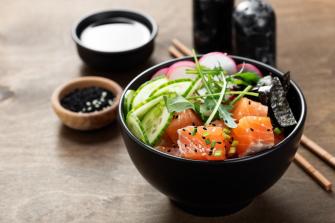 Today, growers across the globe are developing vertical farms. While the U.S. has more vertical farms than any other country, the industry is blooming everywhere.

There are currently over 2,000 vertical farms in the U.S. While more than 60 percent of these are owned by small growers, there are a few heavyweights as well. In addition to Wyoming’s Plenty, Inc. and Newark’s Aerofarms, there’s also New York’s Bowery Farming. There are also companies such as edengreen, based in Texas, whose mission is to help new entrants construct and operate vertical farms.

Japan comes in second, with about 200 vertical farms currently in operation. The largest vertical farming company there is SPREAD. Across Asia, vertical farms are operating in China, South Korea, Singapore, Thailand, and Taiwan. In Europe, vertical growers are in Germany, France, Netherlands, and the U.K. Germany is also home to the Association for Vertical Farming, “the leading global, non-profit organization that enables international exchange and cooperation in order to accelerate the development of the indoor/vertical farming industry.”

In the Middle East, whose desert land and scarcity of water present a particularly challenging agricultural environment, vertical farming is taking root, so to speak. The United Arab Emirates’ Badia Farms is now producing more than 3,500 kilograms of high-quality produce each day and expects to increase that yield going forward. In Kuwait, NOX Management launched in the summer of 2020 with plans to produce 250 types of greens, with a daily output of 550 kg of salads, herbs, and cresses.

The economics of vertical farming 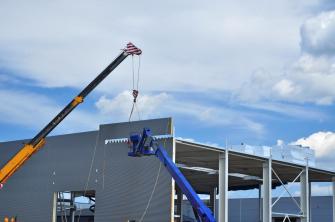 Building and operating a vertical farm is a costly endeavor, requiring a substantial initial investment in state-of-the-art technology, real estate, and construction. AgFunderNews (AFN) estimates that it can cost $15 million to construct a modern vertical farm. Fortunately, investors see the potential in vertical farming, and the industry has attracted more than $1 billion in investments since 2015. That includes $100 million for Aerofarms. Plenty, Inc raised $200 million in 2017 from a fund backed by such respected forward-thinkers as Jeff Bezos and Alphabet chairman Eric Schmidt.

AFN is particularly excited by the potential of what they call second-generation vertical farming technology. They cite advances in LED technology — expected to increase energy efficiency by 70 percent by 2030 — and increasingly sophisticated automation that can streamline the operation of vertical farms. AFN anticipates operating cost reduction of 12 percent due to improvements in lighting and another 20 percent from advances in automation.

BusinessWire says that the vertical farming produce market was valued at nearly $240 million in 2019, and they expect it to grow 20 percent annually to over $1 billion by 2027.

Veritical farming will be disruptive.

Vertical farming would eliminate the need for the arduous work of harvesting crops by hand from vast tracts of farmland. Current picking jobs, the company says, can be replaced by better-paying, full-time jobs available 365 days a year in better working conditions — and in the variety of geographic locations in which vertical farms can operate.

There are two caveats, however. First, the number of people needed to manage and harvest vertical farm crops will be far fewer than the many farmworkers required for less efficiently planted traditional fields. Second, with automation becoming ever-more capable — and perhaps a key to eventual profitability — one wonders just how many new jobs ultimately will be created.

But the societal benefits far outweigh any costs. As Plenty’s Storey muses, “Like most everything in the world, we can only save our species if it makes economic sense.” Thankfully, it does make economic sense.

Since our arrival, humans have driven a seven-fold drop in the mass of wild land mammals.
13.8

Synthetic biology has the power to cure and kill. Have we learned from our past mistakes?
Up Next
Starts With A Bang

‘Triple Vision’ Image Of Jupiter Shows What’s Beneath Its Clouds

Infrared, visible, and ultraviolet combine to show us Jupiter’s features as never before.The largest planet in our Solar System, Jupiter, is our own ‘failed star.’The best evidence-based classification scheme of planets […]