If we learned anything at all from Jurassic Park, it’s that just because you can do something doesn’t mean you should do it. Even so, coder Noah Rubin and lawyer Damien Riehl decided to construct an algorithm they claim can produce every 8-bar, 12-beat Western melody possible. In Western music there are only 12 notes in an octave, and thus a limited number of possible melodies, reputedly 68,719,476,736. So the database they’ve generated contains every song ever written and all of the ones that ever will be.

The fact that the duo decided on the 8-bar length is no coincidence — it’s the length often used to signify copyright infraction when someone is brought to court for plagiarizing a song copyrighted by someone else. That decision reveals why the project is less a “gee whiz, look at what we can do with math” programming experiment into a sweeping attack on songwriters’ rights. How? Because they’ve just released their entire database of algorithmically generated melodies into the public domain to nullify anyone’s right to claim ownership of — and thus derive compensation from — any of them. If this holds up in courts, they will have deprived songwriters of what little legal recourse they have if someone steals their song. 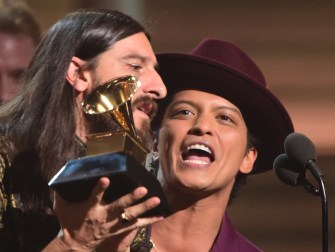 Why on Earth would they do this?

The motivation for Rubin and Riehl’s project was putatively the duo’s sympathy for famous — often wealthy — music stars who are sued for compensation by the original composer of melodies upon which their hits are based. One might suspect the duo are covertly engaging in a theft of their own, trying to steal a bit of fame fame from defendants. They even have a TEDTalk.

Successful musicians go through this all the time. Sometimes the claims of plagiarism are valid, sometimes ridiculous, but which is which is for courts to decide, and similarities between songs may be subtle or obvious.

The problem goes way back. George Harrison turned the Chiffons’ “He’s So Fine” into “My Sweet Lord” while his former bandmate John Lennon pinched much of Chuck Berry’s “You Can’t Catch Me” for The Beatles’ “Come Together.” Berry’s music was also, um, “borrowed from” by the Beach Boys: Their breakthrough hit “Surfin’ USA” was nearly identical to his “Sweet Little Sixteen.” “You Can’t Touch This” by M.C Hammer was built over a phrase from Rick James” “Super Freak.”

More recently, Sam Smith was sued for the similarity of “Stay With Me” to “I Won’t Back Down” written by Tom Petty and Jeff Lynne. And though “Uptown Funk” can make people at a funeral get up and dance, there’s no question that there are little bits of various other songs in there, and lawsuits have caused changes to the record’s credits and royalty fees in recognition of the track’s sources.

The list goes on and on. These are all examples of one well-known party suing another, and that’s definitely a frequent scenario. However, copyrights also protect unknown songwriters from plagiarism in those rare cases when a songwriter can actually afford to hire counsel to press for restitution. It’s therefore pretty weak protection to start with. 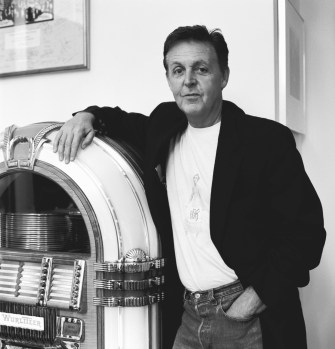 Why this happens so much

Creativity — in whatever area — involves a re-synthesis of an artist’s influences into something new. All of the songs a songwriter has heard are the ingredients from which new songs are made. Songwriters are usually avid, if not rabid, music fans. The re-synthesis is typically unconscious, and in court defendants are often found guilty of “unconscious plagiarism.”

Clearly a fine balance must be struck in assessing plagiarism. A songwriter must be free to mash together and rework everything they’ve heard, just so long as they’re not seen to be simply reusing someone else’s composition. Accidents will happen, as will outright theft.

If it wasn’t already crushingly hard for a financially struggling artist to derive any compensation for their creations, maybe what Rubin and Riehl have done wouldn’t be so outrageous and offensive. However, the two have decided — on their own — to deprive every single songwriter with a U.S. copyright of the one meager tool they have to address being plagiarized by others, just because they decided to do so.

How serious a threat their project poses is unclear. Not only are Rubin and Riehl implicitly claiming ownership for all song melodies yet to be written — which is likely to be contested —they’re also claiming it for every song that exists — which definitely will come as an unwelcome surprise to the actual composers. (And more attention for Rubin and Riehl.)

Who really owns a song?

Rubin and Rielh’s database is aimed squarely at Western music and U.S. copyrights. In this capitalist country, it’s assumed that ownership confers financial rights. This isn’t true everywhere around the world. Nonetheless, unless American society wants to provide for its songwriters some other way, financial reward remains their only possible compensation, and it’s already almost impossibly difficult to acquire.

To be fair, not all Americans agree with the idea of song ownership. As legendary folk singer Woody Guthrie’s once put it on a song’s sheet music:

“This song is Copyrighted in U.S., under Seal of Copyright # 154085, for a period of 28 years, and anybody caught singin it without our permission, will be mighty good friends of ourn, cause we don’t give a dern. “

Successful forgers are remembered as great conmen, not artists. This is strange, considering their forgeries fooled even the most seasoned critics.
Neuropsych

Perfectionism is on the rise, and its consequences for mental health can be devastating. The Japanese philosophy of “wabi sabi” can help.
Up Next
Life

The oldest known cave-dwelling arthropods have been discovered preserved in amber.