Any attempt to propose a detailed alternative to the capitalist economic system in a short article could be seen as somewhat presumptuous.

How different economic models are established and how they work around the globe in distinct realities and societies is enormously complex. But, whatever the difficulties in envisioning an alternative, there seems to be a growing consensus on the existing situation: the capitalist system is not working for everyone.

Capitalism has brought important contributions over the last decades. These include the flourishing of technologies used for renewable energies, aligned with the necessity of low-carbon economies; medical breakthroughs that have substantially increased life expectancy across the globe; along with wealth creation and the growth of emerging economies that has lifted hundreds of millions of people out of extreme poverty.

Yet, these developments have come at a high cost. Humanity is now facing, at an unprecedented scale, several social and environmental problems that are intrinsic to the very nature of the current capitalist model – its incentive structures and how private players prioritize maximizing profits over an approach that promotes social inclusion and environmental resilience.

The consensus that the current model is no longer working is evidenced by the clear symptoms of generalized failure: increasing social inequalities between rich and poor, within and between different countries; more than 2 billion people, mostly in the Global South, lacking proper sanitation facilities or access to clean cooking; over 70 million people forcibly displaced from their homes due to global warming and/or conflicts; rising migration waves and social tension; ocean acidification as a consequence of land-use mismanagement; and massive extinction of insects, which has compromised food security.

These are all facts that have been disclosed year after year, not just by left-oriented advocates, but by most of the global academic community, across political ideologies, and reinforced by international organizations such as the United Nations, World Bank and the World Economic Forum.

Would ‘socialism’ – a forbidden word to many of the fervent defenders of capitalism – be a valid alternative to the current model? The traditional socialist model did not thrive for various reasons, including conceptual issues that were not properly addressed by the likes of Marx and Engels like the incentive structures in a socialist society and the pull towards authoritarianism. However, there are also important lessons that can be learned from this alternative. Promoting shared prosperity and defending more equal societies are just two of them. 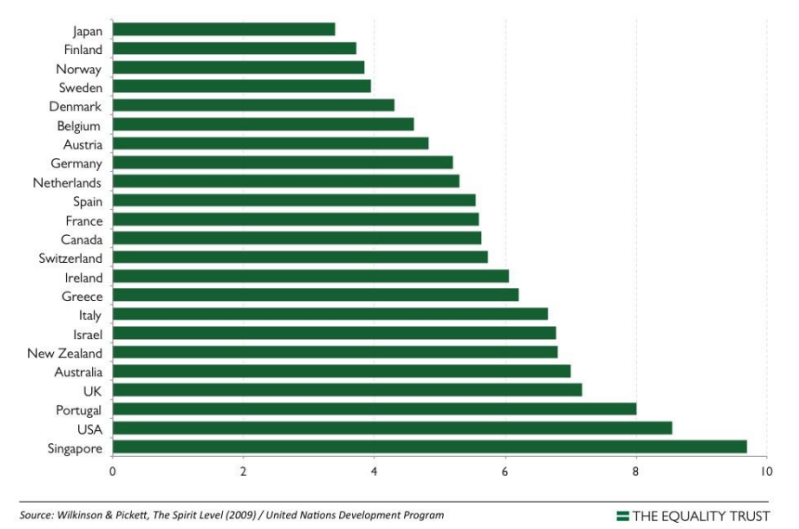 Promoting shared prosperity means a lot of things. Within the private sector, for instance, there are many companies leading by example and giving shares to their employees, from huge players like Google, to yogurt-makers like Chobani. From a broader perspective, governments could prioritize access to common spaces like parks and culture to bring people together and promote community life. Zygmunt Bauman, the late and respected sociologist, argued in one of his masterpieces, “The Individualized Society”, that we are going through a process of fragmentation of human life. Instead of prioritizing the broader well-being of the community, unsustainable consumerism has been only one of the consequences of individualist-driven societies, a process that became more evident with the advent of industrialism and the division of work.

The importance of defending more equal societies should be simply based on the reality that the current model concentrates unlimited wealth and generates distortions that are perpetuated, resulting in vicious negative and difficult-to-break circles, such as poverty traps. As it turns out, even among rich countries, those that have higher rates of inequality, including the US, have more societal problems such as alcohol addiction, infant mortality and homicides than comparably rich countries that are less unequal, such as Japan. 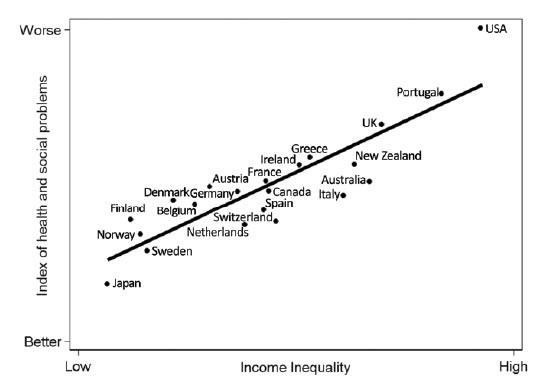 In short, the capitalist model of production and consumption has not been able to promote shared prosperity, and inequality is growing. At the same time, the gap between the individual self and others in society has grown, eroding a sense of community.

Reducing the difference between the self and the other is one of the meanings of empathy. That is exactly what the world needs – pragmatic empathy. The direction in which we are heading in the current model – that allows, for example, individuals to pursue their own success while disrespecting the environment – is very concerning. After all, no one can be considered successful in a world that fails.

Pragmatically, societies need to collectively reimagine a world where people have the chance to live a dignified life. As shareholders of the planet Earth, people would own dividends. In other words, they would have the right to a basket of goods and services – including access to housing facilities; healthy food, clean water and sewage; healthcare and education. A good starting point to promote a world where all of this is possible is by practising more empathy.

One alternative would be to build the foundations of something new, by taking the best aspects of many economic models. This alternative could be named the “empathicalism” system. It would represent an economic system that fosters innovation and entrepreneurship, through capital and well-established incentive structures, but that uses money and other resources as tools only in the interest of developing a human-centered society. It would prioritize shared prosperity, while suppressing extreme inequality.

Finding a midway point between traditional capitalism and socialism, empathicalism would be about bridging concepts, regions and people. It would be about ending divisions and promoting collaboration, driving individuals towards a real sense of community. Empathic societies remind us that we are just a part of the whole, and that without the whole we are nothing. If we want to promote change in the world, there is no other way than to be empathetic with one other – as well as with our planet.

Tags
compassiondevelopmenteconomicsempathyglobal issuesmoney
In this article
compassiondevelopmenteconomicsempathyglobal issuesmoney
Related
The Past
How people crossed the Atlantic Ocean before commercial aviation
For centuries, the only way to travel between the Old and New World was through ships like the RMS Lusitania. Experiences varied wildly depending on your income.
The Past
How the crusades spawned the world’s first financial services company
The Knights Templar were not only skilled fighters, but also clever bankers who played a crucial role in the development of Europe’s financial systems.
Empowering Growth
What is empathy training and why do we need it?
There’s never been a better time to implement empathy training.
Surprising Science
Clever wild boar brings rescue party to save young from a trap
A female boar’s intelligence, resolve, and empathy stun researchers.
The Present
To the moon? Five microeconomic lessons from Bitcoin
Bitcoin is often derided as volatile, but a new report suggests there is a method to the madness.
Up Next
Starts With A Bang
Advances Vs. Consequences: What Does The 21st Century Have In Store For Humanity?
Technology holds the promise of a better future, but our footprint on the planet threatens to undo all our dreams and progress.It’s pretty easy to look at the world we […]