For millennia, the finance industry has been a primary culprit in global warming. Now it’s time for finance to right its wrongs and provide the solution.

It’s easy to read about the current and future state of our climate and have a fit of despair. For years, the scientific consensus was that we’d be fine if temperatures increased from pre-industrial levels by less than 2°C. But the UN’s recent global warming report revises the threshold, showing that a 1.5°C increase will have catastrophic effects, and that we could experience such effects as early as 2040. 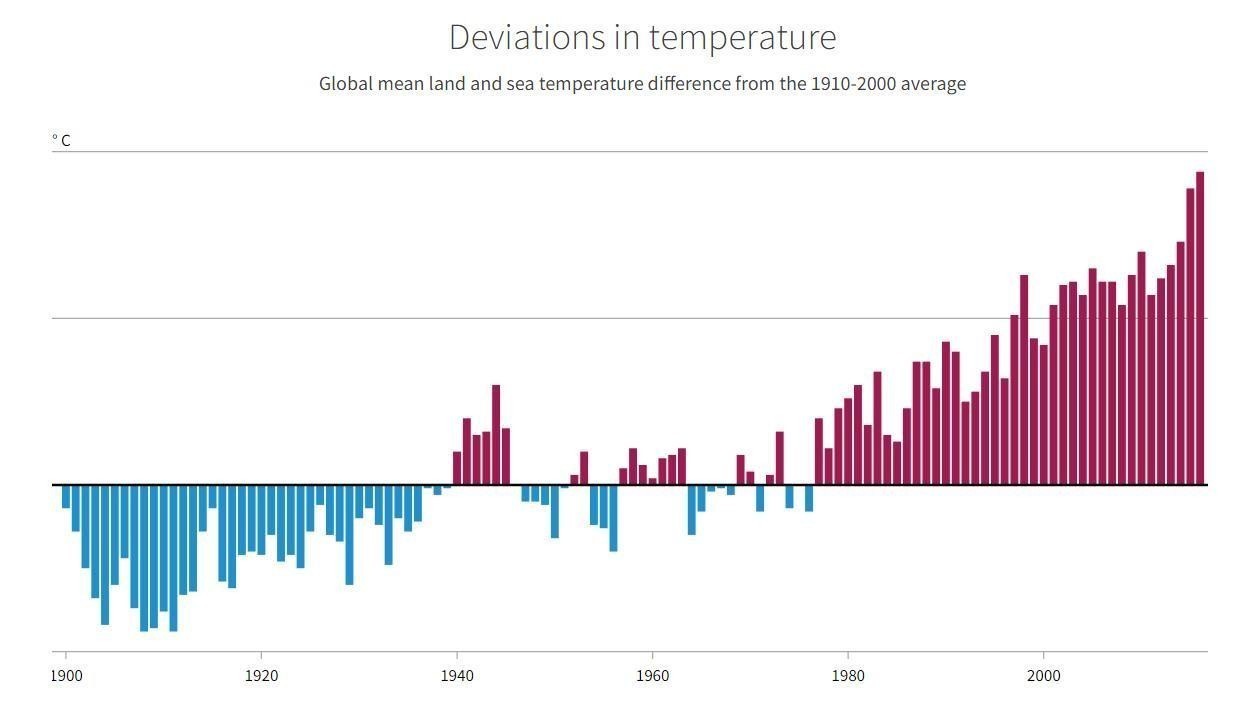 Avoiding such a fate would require a global economic initiative that has “no documented historic precedent”, the UN report states. Or as Oxford University climate scientist Myles Allen says, we need to “turn the world economy on a dime”.

This is usually when the despair sets in. It’s not that we don’t know how to address climate change effectively, it’s that the solution – completely overhauling the world economy – seems such a vast, insurmountable task.

How, especially in this era of intense nationalism, can we expect the nations of the world to come together and pull off the greatest collaborative feat in human history? Daunting as the project may seem, many of the world’s leading economists and finance industry executives have been pondering that exact question for years, and have developed a rough outline for accomplishing the UN’s lofty goals.

The first step towards achieving a sustainable future is to dispel the notion that environmental sustainability is somehow distinct from financial sustainability. “The degradation of the natural environment presents the greatest challenge faced by humanity”, Harvard Business School professor Geoffrey Jones writes in his 2017 book Profits and Sustainability. Humanity includes the financial world, too.

“A big challenge moving ahead is redefining business so it can have a more productive impact on the world”, Jones tells me in a recent interview. “Figuring out how businesses can productively contribute to societal welfare, including environmental welfare.”

Former Managing Director of J.P. Morgan John Fullerton calls this new financial system – one in which profits and sustainability coexist and reinforce each other – “regenerative capitalism“. It challenges the long-held belief that business success and environmental concerns are inherently at odds. (Indeed, in the US, the Trump administration continues to discredit climate change science and portray it as an impediment to the country’s economic goals).

Regenerative capitalism is the exact kind of massive economic overhaul that the UN report calls for, involving a complete rethinking of the global financial value system. Rather than considering itself separate from nature, the finance industry needs to see itself as a large component of our natural ecosystem. Doing this will shift financial incentives toward more sustainable investments.

Sasja Beslik, Head of Sustainable Finance at Swedish bank Nordea, prefers the term “sustainable finance”, but the fundamental principle is the same. He too points out that a financial system that promotes sustainability is actually more financially sound than our current one. After all, a financial institution can’t expect to yield any future returns if the world, as we currently know it, doesn’t exist anymore.

To that end, Beslik and Fullerton have dedicated themselves to activist investing. For Beslik, that means diverting funds into companies that promote environmental, social and governmental stability (ESG). Fullerton now heads the Capital Institute, a think-tank aimed at creating financially and environmentally regenerative communities. He currently consults grassroots organizations and businesses in Denver, Mexico City and Buffalo on how to make their communities regenerative. He is also the Principal at Level 3, a capital fund focused solely on sustainable investing.

Jones is quick to point out that a socially conscious financial system is not a new idea – it was actually the standard for decades. From the 1920s to the 1970s, Harvard Business School taught its students about the importance of social responsibility. But that was abandoned amid the globalization of the 1980s and 1990s, when financial middlemen flooded the system and muddied the relationship between companies and their individual shareholders.

“In that process, both the long-term goals of the [shareholder] and the long-term needs of the management team get lost”, says Sarah Williamson, CEO of FCLTGlobal, a non-profit research organization working to encourage long-term decision-making by companies and investors, in a recent Financial Review interview.

There are encouraging signs however, as some companies have already reverted to the pre-Wall Street, long-term model. Pharmaceutical giant GlaxoSmithKline enacted a new long-term initiative in 2017, after hiring new CEO Emma Walmsley. Outgoing Unilever CEO Paul Polman has restructured the multinational consumer packaged goods company to make its products and processes more sustainable, and drastically cut its carbon footprint.

The challenge facing sustainability efforts such as these however, is that talk can often be general and vague, and short on actionable insights. The word “sustainability” itself has “become an obstacle to environmental protection”, Jones argues. “It’s become a mixture of vague metrics, a spread of rhetoric and a failure to invest in any kind of system-wide solution.”

The hollow rhetoric around sustainability – or as some call it, “greenwashing” – is largely an issue of faulty metrics, Williamson argues. Companies measure their financial performance rigorously (and often at the expense of sustainability). But there are no accurate, widely accepted metrics for gauging long-term value creation. And in their absence, it’s nearly impossible for companies to make sustainable decisions.

The problem, according to Ben Caldecott, Director of the Oxford Sustainable Finance Programme, is one of data capture. While other industries, such as commerce, media and even professional sports, have been transformed by big data, our understanding of how business decisions affect the environment are still quaint. Caldecott believes technologies such as artificial intelligence and machine learning can be deployed to develop accurate sustainability metrics, steering companies toward a more sustainable future.

Hopefully companies will heed his call, because the issue has never been more urgent. The bleak future of our planet is the result of a “system-wide failure” in our financial system, Jones says, and it will take a similarly systemic change to correct it.

The good news is that the finance industry can solve the very problems it created. There are many incredibly smart, industrious individuals already putting these reforms in place.

Tags
climate changeeconomicsenvironmentfinanceglobal issuesmoneysustainability
In this article
climate changeeconomicsenvironmentfinanceglobal issuesmoneysustainability
Related
Strange Maps
In 1882, a man wrongly drew a map. His mistake saved a forest of 300-year-old trees.
A 19th-century surveying mistake kept lumberjacks away from what is now Minnesota’s largest patch of old-growth trees.
Life
Synchrony with chaos: Mathematics predicts blinking lights of a firefly swarm
A researcher explains a little-known niche within modern physics: animal collective behavior.
Hard Science
Earth can regulate its own temperature over millennia, new study finds
It’s on a 100,000-year timescale, though, so the next few centuries might not be so comfortable.
Life
Invasive plants are coming to a neighborhood near you
We want to fight invasive species. But to wage a war, you have to know who your enemy is.
The Past
How people crossed the Atlantic Ocean before commercial aviation
For centuries, the only way to travel between the Old and New World was through ships like the RMS Lusitania. Experiences varied wildly depending on your income.
Up Next
The Present
Greece aims to modernize its islands with Tesla Powerpacks, microgrids
Is Tesla a car manufacturer or an energy company?