When it comes to cutting carbon discharges, air travel and shipping have been a couple of enormous, emission-spewing elephants in the room. Enter a new groundbreaking way to freight cargo internationally with lower emissions.

Recently, it was announced that a solar-powered airship is in the works, built by Varialift Airships, a firm based in the U.K. New Scientist reports that, according to Varialift CEO Alan Handley, on a flight between the U.K. and the U.S., this greener airship would use only 8 percent of the fuel a conventional jet airplane uses.

The aluminum framed airship will be powered by a pair of solar-powered engines and two conventional jet engines. Because airships rely on jet stream winds to propel them toward their destinations, they offer an advantage over cargo ships in efficiency and carbon emissions.

Unlike the airships of the past, such as the infamous Hindenberg, which crashed in a disastrous burst of flames, Varialift’s airship will not be filled with hydrogen. It will use helium gas to lift off, which is a great deal safer. The airship takes off and lands vertically, more like a hot-air balloon than an airplane, which means that it doesn’t really require a special airway or crew. Thus, it could be a valuable vehicle to deliver cargo to places with subpar infrastructure. It’s website claims that it will be able to carry loads that range from 50 to 250 tons, and larger models with larger payloads of up to 3,000 tons could be a possibility.

Because no energy is required for the airship to rise above the clouds, and speed can be varied according to solar power availability, a zero-carbon, zero fuel cost service is feasible according to the creators. On the downside, no onboard battery means that travel will be limited to daylight hours only and it will fly at a snail’s pace, with speeds ranging from 250 to 350 kilometers per hour.

Clearly, solar powered aircraft is an exciting, futuristic idea, but what about cost?

According to Varialift’s website, the aircraft is tremendously cost-effective to build, operate, and maintain. The company claims it would actually cost 80 to 90 percent less than equivalent payload aircraft to purchase and operate, rivaling in cost with truck or trail cargo transportation. Additionally, because the aircraft can operate virtually anywhere, it does not need expensive runways for landing and loading.

Bust cost estimates are mixed. According to IEEE Spectrum, IIASA researcher Julian Hunt said that the estimated cost of using airships for cargo right now would be 10 to 50 times more expensive than ships. He pointed out that for airships to compete with conventional shipping, the cargo industry would need to invest $50 to $100 billion over the next 10 to 20 years in the technological development required to make these airships safe and efficient.

However, Sir David King, the former U.K. Chief scientist and climate change specialist, told Renew Economy in 2016 that the cost of the Varialift aircraft would be comparable to a jumbo jet. Similar to other renewable energy technologies, once the initial capital costs are paid, the running costs are relatively low. 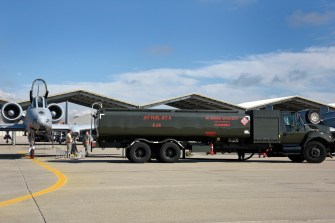 The future of shipping

In the midst of the current climate catastrophe, engineers have been working to decarbonize air travel and shipping. Aviation emits 2.4 percent, of greenhouse emissions globally, and maritime shipping contributes to 3 percent. It’s likely that this may auger a fleet of solar airships to come.

If the world is going to stick to its Paris Climate vow, energy systems need to rapidly slice their carbon emissions to nearly zero within the next 50 years. Furthermore, scientists are saying that to limit warming this century to 1.5 degrees Celsius we must cut global emissions in half by 2030. It’s looking like we need some green aviation and shipping innovations as soon as possible.

Lofty as it may sound, solar-powered airships are looking to be an attainable future. And, as Hunt pointed out to IEEE Spectrum, they could ultimately be the next big step in the feasibility of a perfectly, 100 percent renewable world.

Break into London Zoo? Illegal, but it would improve the London Circle Walk
Strange Maps

EV charging stations are the most widespread alternative to gas and diesel pumps. Each alternative has its own hotspots and “deserts.”
Videos

A single typo in the “dark matter” of the genome drives multiple types of cancer.