When you consider the amount of guff sons and daughters give their moms alongside the emotional, financial, and physical challenges of raising a child, the least we can do for our moms is to spend a day acknowledging the hard work involved in being one. At least, that’s what Anna Jarvis, the founder of Mother’s Day intended. Anna Jarvis began her crusade to set aside a day especially devoted to the celebration of mothers when her own mother, Ann Reeves Jarvis, closed a Sunday school session with a prayer:

“I hope and pray that someone, sometime, will found a memorial mother’s day commemorating her for the matchless service she renders to humanity in every field of life. She is entitled to it.”

This simple commemoration was what the younger Jarvis hoped to accomplish. But after she succeeded in her task, Jarvis found that Mother’s Day had taken on a momentum of its own, and later she would come to despise the holiday she had created. 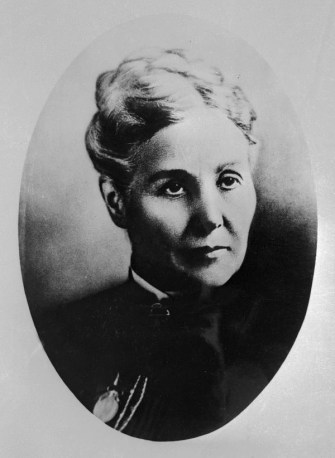 The campaign to create Mother’s Day

The elder Jarvis had accomplished quite a bit. She had been a social activist who combatted health and sanitation issues in West Virginia, and also supported her community in tending to the wounds of Confederate and Union soldiers when the Civil War was raging in her state. She organized a “Mother’s Friendship Day” to help heal the divide between Union and Confederate families in the region after the war. And when she died, her daughter Anna Jarvis wanted a way to celebrate the good work that she and mothers like her had accomplished.

Jarvis began a prolific letter-writing campaign to establish an official Mother’s Day, and, three years after the death of her mother, the first Mother’s Day was held in Andrews Methodist Episcopal Church, where the elder Jarvis had been a Sunday school teacher. Today, that church hosts the International Mother’s Day Shrine.

But Jarvis wanted Mother’s Day to be a national holiday that celebrated “the best mother to ever live, yours.” Incidentally, this rationale is why Mother’s Day is in the singular — it’s always been about your mom. There was enormous public support for Mother’s Day, although some senators were initially opposed to the concept. One remarked that they would have to establish a “Mother-in-Law’s Day.” Others called it “absolutely absurd,” while another senator complained that the idea that his mother’s memory “could only be kept green by some outward demonstration on Sunday” was insulting.

Ultimately, through Jarvis’s hard campaigning and the support of the public at her back, Woodrow Wilson proclaimed the second Sunday in May to be a national holiday to honor all mothers: Mother’s Day.

How industry capitalized on Mother’s Day

Jarvis had hoped that the holiday would be a private, intimate one, where children visited their mothers, spent time with them, and maybe wrote a letter. She didn’t anticipate the wave of commercialization that would come with its recognition as a national holiday. A flood of greeting cards, expensive floral arrangements, packages of candies, and other presents were unleashed on America’s unsuspecting mothers by what Jarvis called “commercial racketeers” and “charlatans, bandits, pirates, […] kidnappers and termites that would undermine with their greed one of the finest, noblest and truest movements and celebrations.”

So, Jarvis did what she did best — campaign. She wrote letters and staged boycotts. She tried to trademark the combination of Mother’s Day and the sale of white carnations (her mother’s favorite flower, which had been co-opted into the celebration) in order to build a case for a lawsuit against floral industries. In response, one company offered her a commission on the sales of white carnations on Mother’s Day to placate her, but this produced the opposite effect in Jarvis.

Jarvis became so enraged at the thought of a commercial Mother’s Day that she disrupted a meeting of American War Mothers to prevent them from selling carnations, soon after which she was arrested for disturbing the peace and was dragged out screaming by policemen. Later, she would walk door to door in Philadelphia with a petition to rescind Mother’s Day.

As time went on and Jarvis’s health failed, she wound up in the Marshall Square Sanitarium. She was deeply in debt at this point, but unbeknownst to Jarvis, individuals in the greeting card and floral industries paid the bill for her stay at the sanitarium. She died at the age of 84 on November 24, 1948.

So, for this Mother’s Day, don’t buy something nice on Amazon to ship to your mom. Send her a handwritten note, give her a phone call, or pay her a visit. She’ll like that better anyhow.

We’re a long way from the beginnings of life on Earth. Here’s the key to how we got there.The Universe was already two-thirds of its present age by the time the […]