On Father’s Day, when you heard the ancient proverb, “Like father, like son,” you likely assumed it was a compliment that the son has taken after his father. It’s spoken to show reverence for being the same, from generation to generation.

Unfortunately, in our society, experiencing incarceration is what remains the same for many fathers and sons, generation after generation. In fact, a child who has experienced parental incarceration is, on average, six times more likely to become incarcerated themselves. Approximately 10 million children in the United States already face these odds, having had one or both parents in prison at some point in childhood.

Helping parents successfully re-enter society can improve their children’s outcomes in life. Research shows that the strength of the parent-child bond and quality of the family’s social support system are big factors in a successful re-entry experience. Yet, when the opportunity to reunite presents itself, odds are the reunion will not last. Typically, four out of five people released from prison are rearrested within five years. Thus, a parent cycling in and out of being physically present can be a recurring experience for millions of children. In fact, the average recidivist will return to prison not once, but seven times.

Typically, four out of five people released from prison are rearrested within five years.

As America engages in tough conversations and collaborates on solutions, we want the issue of recidivism and the far-reaching consequences of the perpetual cycle of reincarceration to be addressed. Recidivism is among our most complex and urgent societal issues. In fact, we challenge anyone to find another issue that has so many ripple effects across our communities.

The ripple effects of incarceration

Even during periods of economic growth, low success rates after prison are a major driver of poverty in the U.S. When fathers are incarcerated, the average family income decreases by 22 percent. Finding and keeping stable housing is also an issue. The formerly incarcerated are five times more likely than the general population to be homeless.

Health and wellness are paramount. Our research indicates that most incarcerated individuals have experienced horrific trauma at a young age, having been shot, stabbed, raped, severely beaten, or seen a loved one die in front of them. It’s no surprise then to learn that upon release, the vast majority (about 80 percent) of formerly incarcerated individuals exhibit signs of behavioral health and substance use disorders. This group is also the largest segment to die from drug overdose.

These and other issues correlate with low educational achievement. On average, justice-involved individuals reach only the 9th grade. Almost two thirds (72 percent) of formerly incarcerated individuals do not obtain full-time jobs after release from prison. For those that do, their wages are as much as 40 percent lower than their never-incarcerated counterparts.

Our holistic solution breaks the cycle of recidivism 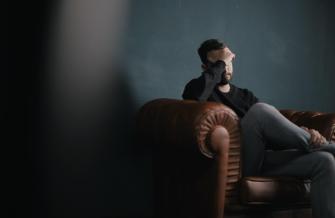 The cycle of recidivism has a holistic effect on individuals, families, children, and society. These facts and root causes led us to recognize that a holistic problem needs a holistic solution. To give formerly incarcerated individuals a chance to succeed for themselves and those who depend upon them, we realized that we needed holistic programming to support that outcome.

This realization inspired us to form Concordance, a non-profit re-entry program in 2015. We began providing re-entry services to justice-involved individuals a year later — exactly five years ago this month. Headquartered in St. Louis, our holistic, integrated, and evidence-informed program starts with helping participants heal from trauma, mental health disorders, and substance use disorders. From there, we help our participants learn the skills they need to earn a sustainable living and put strategies into daily practice that reduce their likelihood of reincarceration.

Five years later, Concordance can report having lowered reincarceration rates among our participants by 44 percent, exceeding our original goal. Concordance graduates are heads of households, leading families, and engaging in their children’s lives. They have secured living-wage jobs and achieved food and housing security, as well as improved their physical and mental health. Many volunteer in their neighborhoods, becoming role models for their children and communities.

Before founding Concordance, we researched the cycle of reincarceration alongside the best minds in the country. Dr. John Roman is among them. He is a senior fellow of NORC, one of the largest independent social research organizations in the country, and based at the University of Chicago.

A national expert on evaluating re-entry programs, Dr. Roman attests that he has never seen a comprehensive, scalable program that is as promising at reducing reincarceration and helping people re-enter into society as Concordance. Our collaborative research and analysis of the results of the Concordance program indicate that participants do substantially better than people who are returned to society without getting the intensive wraparound support that Concordance offers.

Of course, we are thrilled with the results from the past five years of helping transform lives and creating real change, but we know greater gains are possible. A growing contingent of diverse and influential change makers agree, which is helping accelerate our plans to scale the Concordance model nationally by expanding to eleven additional U.S. cities by 2025.

The expectation is that as we take a proven solution with demonstrated results in one region and expand it to other cities, we can bring about real societal change to thousands of communities across our country. We can even help some men and boys recast what it means to be the same, generation after generation. Like father, like son.

Danny Ludeman is president and CEO of Concordance. He previously served as CEO of Wells Fargo Advisors. John K. Roman, Ph.D., is a senior fellow in the Economics, Justice and Society Department at NORC at the University of Chicago.

Probably someday.
Up Next
Starts With A Bang

Why June 28th Is The Only ‘Perfect’ Day Of The Year

Whether you write it 6/28 or 28/6, it’s perfection either way.Perfection might be a wonderful thing to strive for in life, but achieving it is very rare. In the realm of […]