You might think Spielberg and Lucas just made up all the run-ins Indiana Jones kept having with the Nazis. But the truth is likely stranger than fiction – the Nazis were not only obsessed with the mystical and the undiscovered, they staked a large part of their strategy to winning World War 2 on it. And that may be ultimately why they lost.

While beliefs in fringe sciences, pagan religions and the occult spread like wildfire throughout Germany in the late 19th and early 20th centuries, the myth of Atlantis had a truly profound impact that was weaved into the emerging Nazi philosophy.

Historically, Atlantis first came to prominence as an island mentioned within an allegory in Plato’s dialogues Timaeus and Critias, written about 330 B.C. In these stories, Atlantis is regarded as an enemy force that came to attack the Athenian nation-state. Athens repelled the attack, according to Plato, with island of Atlantis eventually losing support of the Gods and sinking into the ocean. While Plato didn’t really say all that much more about Atlantis, he pointed to the supposed location of the island as somewhere “beyond the Pillars of Hercules” (a.k.a. the Straits of Gibraltar). Still, this wasn’t much to go on and there’s not been strong other evidence to corroborate the existence of Atlantis as more than a fictional creation.

In Nazi lore, however, the legends of Atlantis got mixed with Aryan myths, leading to a resurgence of the concept.

Athanasius Kircher‘s map of Atlantis, locating it in the middle of the Atlantic Ocean, from Mundus Subterraneus 1669, published in Amsterdam. South is on the top in the map’s orientation.

Eric Kurlander, the professor of history at Stetson University, traced the strange movements in Germany of about a hundred years ago in his book “Hitler’s Monsters: A Supernatural History of the Third Reich“. He contends that one of the most influential beliefs was Ariosophy, championed by Jörg Lanz von Liebenfels. This esoteric doctrine “prophesied the resurgence of a lost Aryan civilization peopled by Nordic ‘God Men.'”

Lanz told the myths of these “God Men” in a magazine called Ostara which he claims to have given in 1909 to none other than a young Adolf Hitler. In the issues, muscular Aryans defended barely-dressed blonde women from scary “ape-men”, as wrote Michael Dirda in the Washington Post.

Were there actually such Aryans whose lineage can be traced to the Nazi ideals? The word “Aryan” generally designated people of Indo-European heritage but in racist Nazi thinking, the idea of the “Aryan race” has come to mean the supposed existence of a distinct and superior race of Germanic people – a proposition not supported by facts. The only historical Aryans have been Indo-Iranian people who spread their languages throughout Eurasia from 4000 to 1000 BC.

Germans of early 20th century, however, were looking to root themselves in ancient traditions, pillaging whatever information they found appealing. Lanz’s 1905 book “The Theozoology, or the Science of Sodom’s Apelings and the God’s Electrons” incorporated Hindu mythology – a common feature of German theosophical texts of the time which claimed that somewhere in India and Tibet were hidden societies of ancient Atlanteans or “secret masters”.

This possible connection to India and Tibet was a particular obsession for Heimlich Himmler, the ruthless head of the SS and the Gestapo police. For the Aryan myth to be proven true, he figured, the actual location and history of the Aryans needed to be uncovered. Himmler spent a decade on a semi-mystical project that had an SS unit called the Ahnenerbe (Ancestral Heritage), which included archaeologists and scientists, searching the globe for the lost Aryans of Atlantis.

As the historian Sir Richard Evans of Cambridge University pointed out: “The Nazis saw world history in terms of a struggle between races and survival of the fittest. They thought all races were inferior to the Aryans. Himmler wanted to press forward with a new religion, including sun worship and old gods. He wanted the SS to become a kind of cult, or Aryan aristocracy.” 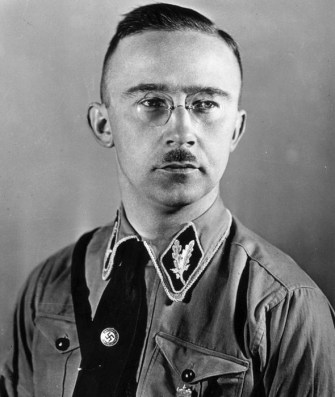 In 1938, Himmler’s interests (which also revolved around finding the Holy Grail of Christian mythology) resulted in sending an expedition team of Nazi scientists, led by the explorer and zoologist Ernst Schäfer, to the Himalayas. The location was chosen specifically thanks to the work of Herman Wirth, a contemporary scholar of ancient religions. Wirth conjectured that there is a reason for why similar-looking symbols can be found in different parts of the world. That reason is the race of people who lived in Atlantis in the Atlantic Ocean (likely between Portugal and Britain). The scholar proposed that survivors of sinking Atlantis fled to high places, vowing to avoid the sea that ruined their civilization initially. That’s how the descendants supposedly ended up in Tibet.

During the Tibet expedition, Nazi scientists collected thousands of specimens while comparing locals to a list of facial features and concluded that they descended from the Aryans. “Hitler and his anthropologists thought that by measuring people’s heads you could tell which race they were,” explained Sir Richard. 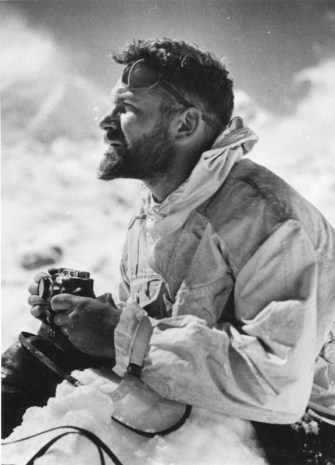 Ernst Schäfer during his last expedition to Tibet. 1938.

Declaring that they found out what happened to Atlantis was a boost to the myth-fueled Nazi war machine. Becoming convinced that Tibetans were survivors of Atlantis also hardened Himmler’s views on racial purity. He decided that the Aryan master race was by now much weaker due to intermixing and needed to be purified (via the ensuing Holocaust).

The mission to Tibet was not the only such endeavor by the Nazis. Similar efforts to find the Aryans were dispatched to Sweden, Scotland, France and Iceland.

One German archaeologist (and eventual SS commander) Edmund Kiss promoted the idea that Bolivia’s famous historical site called Tiwanaku was actually Atlantis. He believed in the elaborate and outlandish World Ice Theory, which also had support of Adolf Hitler and other top Nazis. One of the theory’s postulates was that Earth at some point collided with its moon, a cataclysm that led to the destruction of Atlantis and an ice age on the planet. Trying to survive their new glacier-filled reality, ancient Atlanteans were believed to have fled to the high Andes, where life could still survive. That’s how they would have ended up in Bolivia. 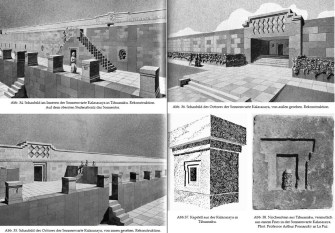 While Kiss’s work found enthusiastic support in Germany, especially as he wrote statements proclaiming that “the works of art and the architectural style of the prehistoric city are certainly not of Indian origin.” He added that rather they were “probably the creations of Nordic men who arrived in the Andean highlands as representatives of a special civilization.”

Nazis publicized such “findings” about the Nordic city of Tiwanaku in Hitler youth publications and other party newspapers. Kiss’s larger Himmler-sponsored expedition to Bolivia never materialized, however, due to the start of World War 2, as writes historian Matthew Gildner.

Check out this fascinating documentary on “The Nazi Quest for the Holy Grail” which includes the search for Atlantis here:

Content not available
The Nazi Quest For The Holy Grail (Channel 5, 2013)

A vertical map might better represent a world dominated by China and determined by shipping routes across the iceless Arctic.
Up Next
Neuropsych

3 types of Schadenfreude and when you feel them

Schadenfreude is a common feeling, but not all of it is the same.