If there’s one constant in education, it’s top-down reform. Long-time educators are as familiar with its ebbs and flows as a sailor the tide’s. A new administration or organization promises sweeping changes aimed at enhancing effectiveness; they leave behind a dross of curriculum changes, administrative requirements, and new testing standards.

A few years later, a new administration comes to wash it away and start over.

This ebb and flow would be welcomed by educators and parents if these reforms achieved their goals of improving scholastic achievement, creating productive environments, and imbuing students with a sense of motivation and self-worth. But that’s seldom the case. 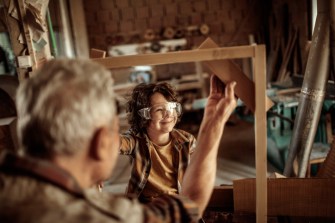 Failing from the top down

There’s a long history of studies showing top-down reform’s lack of efficacy. In 2018, the RAND Corporation released a report looking at the Intensive Partnerships for Effective Teaching Initiative, designed and funded by the Bill & Melinda Gates Foundation. The initiative ran for seven years and cost roughly a billion dollars.

Three school districts and four charter management organizations participated in the initiative. Each adopted a rubric “that established a common understanding of effective teaching” and trained classroom observers. These observers scored teachers on their effectiveness and measured that alongside student achievement. The schools then used these measurements to determine recruitment, dismissal, compensation, and advancement criteria.

Unfortunately, the more than 500-page report found the initiative to be a failure. Across the years, few metrics in student achievement, teacher effectiveness, and dropout rate were improved at participating schools, while many saw negative dips when compared to similar schools who did not participate. Nor did the schools retain or hire more successful teachers.

The effective teacher initiative is just one study, but there have been many others. The most well-known example of this century (so far) was the No Child Left Behind Act, which was gutted by a bipartisan Congress after censure across the political spectrum. Smaller examples exist as well, such as a 2019 study that found local nudging strategies, such as text reminders to apply for financial aid, don’t scale up effectively.

As evident by such frequent, fruitless attempts, top-down education has clearly not been successful. Then why do we continue to pursue it? Jay P. Greene, endowed chair and head of the Department of Education Reform at the University of Arkansas, believes it stems from a mistaken theory on education.

As he wrote for Education Next, “In its essence, that theory holds that there are policy interventions that could improve outcomes for large numbers of students if only we could discover them and get policymakers and practitioners to adopt them at scale.”

Writing on the effective teacher initiative, Greene further adds that these failures aren’t “inherently wrong.” Individuals and societies can learn from failures, so even mistakes can serve a purpose. The problem with top-down education reforms is that the administrations and organizations pushing them aren’t learning the appropriate lessons. (A disheartening irony given the subject at hand.)

Why? Merrill Vargo, former CEO emeritus at Pivot Learning Partners, argues such organizations champion top-down reform because that’s what works in the closed-system of the business environment. But public education is an open system, where variables shift constantly through interactions with the environment.

What NASA can teach us about education reform

It takes a village

It is instead a philosophy of where such reform should be centered. The key driver is an understanding that community engagement, decision-making, and reflection are integral to improving education. In turn, community members and institutions view education as both a responsibility and an asset.

“Schools and universities tend to focus, appropriately so, on the performance of their students. Yet another important aspect for schools to consider is the impact they can have as catalysts for the well-being of local communities,” write Rosana G. Rodriguez and Abelardo Villarreal for the Intercultural Development Research Association. “The type of interaction between schools and universities and their constituent parents and communities has great potential to be a strong positive force for improving the quality of life for local citizens.”

They point out that community-based reform brings sectors of a community together to form a unified coalition. These stakeholders should include schools, government, community institutions, community members, and, of course, parents. Each working toward the goal of creating a local environment that supports scholastic achievement and motivates students to learn.

“[W]hat if our system’s greatest strength is the thing that is most often cited as its fatal weakness? Proponents of top-down reforms prey on the alleged weakness of our decentralized school governance system, but what if this idea could be turned on its head?” wrote Dave Powell, associate professor of education at Gettysburg College and former “K-12 Contrarian” for Education Week.

He continues: “We can introduce more choice into our system and still keep it genuinely public, and we can also protect equity and opportunity while simultaneously holding school professionals accountable for student learning. We can even provide a more stable source of funding for schools if we want to. We just haven’t figured out how to do it yet. I, for one, believe that careful planning in the communities where schools actually exist will help us get there.”

While we haven’t figured out how yet, there exists an extensive, years-long study in community-based learning that has shown tremendous results. It’s called Finland.

Thirty years ago, Finland’s education system looked a lot like the U.S.’s. It was top-down heavy, extensively tracked teacher effectiveness, and leaned heavily on test scores to grade efficacy. Then the country made a concentrated effort at reform.

The Finnish system is guided by a national core curriculum, but local municipalities, school administrators, and teachers have broad autonomy to steer education to meet local needs. They can decide timetables, what tests to give, and how to evaluate students. Education is viewed as a community initiative — for example, students support each other and teachers are seen as cornerstones in their communities. While standard tests are administered, they are tied neither to funding nor performance incentives.

Today, the country’s education system is recognized as one of the world’s best.

What NASA can teach us about education reform

Reforming the next reform

Anyone familiar with education literature will know there’s been much ink spilled over top-down versus bottom-up reform. If done correctly, community-based learning doesn’t have to be top-down or bottom-up. It can facilitate a synthesis between the two.

So why hasn’t it been attempted at scale in the United States? There are several barriers.

Some are practical. Teachers need to be trained away from standardized testing and toward working with students individually. Public funding and investment must be retooled for parity for all students, including access to transportation and essential technologies. Parents and community members need to be informed and oriented. And evaluations of student learning cannot be one-size-fits-all.

Others are ideological. Many still see education as imparting required knowledge — not as a creative, lifelong process we all engage in as a community. This can lead community-based learning to be seen as a distraction from traditional, if potentially outmoded, curricula.

These barriers, however, are not insurmountable. They only require planning, resources, support, and the will to work toward positive structural changes.

Much like energy and nutrients flow in a continuous cycle between the elements of a natural ecosystem, a free flow of knowledge fuels the growth of a learning ecosystem.
Up Next
Hard Science

Scientists say it might even rain on the exoplanet, dubbed K2-18b.