Cory Booker is the junior United States senator from New Jersey. He was born in Washington, D.C., and his parents, who both worked for IBM, later relocated the family to Harrington[…]
Go to Profile
Videos

Senator Cory Booker has long been an advocate of common sense gun reform that both parties can agree on. Unfortunately, the recent shooting in Orlando has again showcased government inaction.
▸
5 min
—
with
Cory Booker

Long before New Jersey Senator Cory Booker was listed as a potential running mate and Vice President for Hillary Clinton, he was an advocate of common sense gun reform: closing loopholes in existing background check legislation, and preventing individuals on the federal terrorism watch list from acquiring automatic weapons. Sadly, in the aftermath of a mass shooting at an LGBT nightclub in Orlando named Pulse, which left 49 dead and 53 wounded, the American Senate has failed to take action.

Four independent pieces of legislation failed to garner enough votes to pass the Senate, which remains divided mainly along party lines on the issue of gun control. Two of the bills sought to shore up background checks while two wanted to block people on the terrorism watch list from purchasing weapons. Similar bills were introduced after the massacre at Connecticut’s Sandy Hook Elementary School in which 20 children, aged six to seven years, were fatally shot.

After the Orlando shooting, a filibuster was held by Connecticut Senator Chris Murphy to force a debate over gun control, and eventually on the four doomed bills. While social media users offered plenty of opinions over the event, even Kim Kardashian West took to Twitter to admonish the Senate for its inaction over violent gun crime.

According to Cory Booker, even a majority of gun owners believe in the kind of common sense gun reform he describes: “…when we poll gun owners the overall majority, 60 percent, 70 percent, sometimes 80 percent agree with common sense steps that we can take for gun safety.” But inaction at the level of government has stifled any attempt at progress.

Whether that inaction is a result of an American culture tragically accustomed to gun violence, or a consequence of well-funded political lobbies — mainly the NRA, or National Rifle Association — exerting an outsized influence over politicians, gun violence will continue in the United States unless something is done. 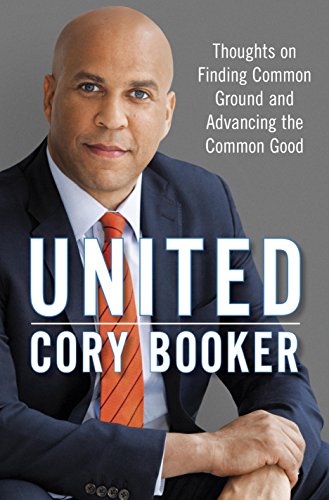 Cory Booker:  When it comes to gun safety in America we all have to agree whatever your view is that we have too much gun violence, that we are alone in humanity for the level of violence we have in our own communities. This is not a war zone but we have 90 people dying from gun violence virtually every day. With certain populations even more evident young African American men is the leading cause of death. We have a Virginia Tech every day in terms of just the number of people who succumb to murder and that type of related gun violence. And so I don’t care who you are as America. This is an unacceptable reality. And for us to have built a level of tolerance of this is to me disappointing is not even the right word. It is deeply frustrating and painful that we as a society would tolerate this.

That we can do common sense gun safety things that can make us all safety including people who have guns. And I know that this is not a minority opinion that I have because when we poll gun owners the overall majority, 60 percent, 70 percent, sometimes 80 percent agree with common sense steps that we can take for gun safety. So there are loopholes that need to be closed that I think most people would agree. Right now we have a situation where if you abuse your spouse and have been charged, convicted of that you can’t buy a weapon. Well there’s a loophole that involves it it’s not your spouse but your boyfriend. We need to close that. Domestic violence happens too often in our country and there’s ways we know to protect that. And states have been more aggressive have seen violence against women using guns drop.

We have the data that shows it and this is a simple common sense thing that we need to do that again most Americans agree on. We should not have a country where you are suspected of terrorism and you can easily buy a gun. We should have common sense background checks. And if that background check takes longer than 24 hours so be it because the overruling majority have instant checks.

So because there’s such a realm of common sense things that don’t infringe those groups I mentioned earlier the question is why aren’t we doing them? And that’s something that I believe is reflective of all of us and our sense of urgency and demand is not what it needs to be to get congress to move. And we should understand that so much better is possible and I’m a big believer that if better is possible, even good is not enough. And what we have right now with the level of violence is not good, it’s deplorable. So my hope is that we can just find that common ground, that common sense reality, do the things that are going to protect ourselves.

Remember what happened in Paris. Many of those people could have come to our country without a visa, they’re on the visa waiver program. Foreign nationals on our soil could have walked into a gun shop or a gun show, loaded up a trunk full of weapons and done the same kind of carnage or worse here because of our lax gun laws. Now I don’t know many Americans that believe that foreign nationals on our soil should be able to buy weapons so easily without common sense checks and the like.

Jim Gaffigan on Political Correctness, Freedom, and “Game of Thrones”