Michael Puett is the Walter C. Klein Professor of Chinese History in the Department of East Asian Languages and Civilizations and Chair of the Committee on the Study of Religion[…]
Go to Profile
Videos

Ancient teachings from the western tradition have impressed on us the importance of authenticity and being true to one's self. But what if those teachings set us on the wrong path?
▸
6 min
—
with
Michael Puett

Aristotle said, “Knowing yourself is the beginning of all wisdom.” He is, of course, not the only thinker in history with this opinion. Socrates’s famous dictum to “know yourself” speaks to a deep cultural trend in which self-examination, and perhaps fidelity to what one finds, is paramount. The aphorism “Unto thyself be true,” is frequently attributed to Shakespeare, rather than the pompous, pontifical character of Polonius who speaks the words.

Today, happiness has entered into the realm traditionally kept by philosophy. The idea that knowing who you are can make you happy is almost taken for granted. As long as one is being true to oneself, and one’s goals, things can only be better and happier, or so the conventional wisdom goes.

Michael Puett, however, who is Professor of Chinese History at Harvard, has different ideas about the self, philosophy, happiness, and what all that has to do with something called trained spontaneity.

Though it seems oxymoronic, trained spontaneity has more to do with finding the right time to do what makes you happy. Perhaps having a quiet workplace is ideal, meaning once in a while speaking up to the noisy neighboring cubicle. Nothing too wild and crazy, as the film Office Space taught us — no one needs to go knocking down the walls of their cubicles. Instead, knocking down a pattern or routine every once in a while, as Puett suggests, can lead to a happier work place.

Puett is author of The Ambivalence of Creation: Debates Concerning Innovation and Artifice in Early China. 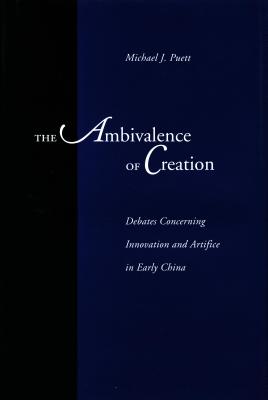 Michael Puett:  We tend to think we know what the good life is. So we tend to think basically to lead a good life you should look within, try to find yourself, find your true self and then spend your life being as sincere and authentic to that true self as you can. And if you do that the idea is you’ll live life on your own terms and sure you can’t control what will happen to you but at least you’ve lived your life as you were meant to live it and you’ll be true to yourself. Now that sounds great except suppose that all of it is wrong. Suppose as our philosophers here would say we’re a very, very messy selves. And we’re messy selves that fall into these patterns of responses in the world. And therefore what you’re finding when you look within are just these sets of patterned responses that you’ve fallen into. Now if that’s the problem that we face as humans then the notion of flourishing is very different. The way to live a flourishing good life is by breaking these patterns and creating worlds within which you and those around you can flourish. That’s a good life. And you’re not going to do it by looking within and finding yourself because again you’re probably just going to hit a bunch of patterns you’ve fallen into. And you’re focusing also on yourself whereas if we are patterned creatures much of what we are depends on these patterns we’re falling into with those around us. So the good life for these philosophers would mean you’re trying to create worlds within which you and those around you can flourish at a mundane level.

So immediate friendships, family at a larger societal level too. And that’s constant work. The idea is it’s constant work, working through these patterns we’re falling into, altering these patterns, breaking these patterns, creating different patterns and it’s an endless work of every situation from the very mundane to the very, very large scale of constantly trying to shift these patterns for the better. And the vision is that and really only that is what the good life is. The good life is a world in which as many of us as possible, ideally everyone is flourishing. And you’ll never get there but it’s a lifelong process of ever trying to create worlds within which we can flourish.

One of the ideas these philosophers will talk a lot about is to train spontaneity. This may seem like a total oxymoron. I mean we tend to think spontaneity means simply breaking from convention and doing whatever you want to do. But they would say even if you do that that will always be momentary and then you have to return to the conventions and the conventions are unchanged. So what they will rather say is think of spontaneity something like learning a musical instrument or learning a sport. Something that takes incredible amounts of training but the goal at the end of the training, let’s say playing a piano, the goal at the end of that is to reach a point where you can play as they would say spontaneously. Sensing the music, sensing the mood of the room, sensing how to shift how you’re playing a piano to shift the atmosphere around you. Something you can only achieve by years and years of training. Now we know that sort of thing works for piano playing or sports but what if we actually thought of our lives or our organizations we’re working in in the exact same way. So what you’re trying to do is train yourself as an individual or in an organization to create an atmosphere in which you’re training people to spontaneously be able to connect in ways that they otherwise couldn’t.

And that’s putting it very abstractly so now let me get extremely concrete. So what would this mean? Let’s imagine you have an atmosphere in the workplace where you feel the problem is – and again the key is you’re always trying to see what are the dangerous patterns that are setting in. So one common one is people aren’t talking enough to each other. They’re not connecting enough. They connect if they’re in a meeting even if the meetings are well run it’s only going to be for a brief moment. So how do you get people to connect more? Well you start doing little things to create those connections. A common one that’s been done in the past few years is to tear down walls. So you tear down walls, put glass in where there used to be a wall so even if there is a wall you can at least see through. That physically gets people connecting more. But even there of course dangerous patterns can set in. I mean if people feel that they actually are too connected, sort of don’t have places where they can work together without others constantly around them that can create problems too. And so what you’re constantly trying to do is to look at what sorts of patterns are developing. Assume that most patterns are going to have potentially dangerous consequences, side effects, usually unintended. And so you’re constantly trying to create the conditions within which people are really able to flourish.

And it’s constant work so you’ll do something, you’ll tear down those walls, that’ll work perfectly. But then again dangerous patterns begin to set in so you’ll say okay, let’s have a few meeting spaces that aren’t open. Then that may work wonderfully but that’ll create some other problems. And so you’re thinking of yourself as kind of the equivalent of and it’s pushing the metaphor but you’re sort of the piano player except what the world you’re creating isn’t simply the atmosphere through your music. You’re actually creating a much larger atmosphere in the entire world around you by the ways you’re talking to people, the ways you’re connecting with people, where you have walls, where you don’t have walls. And all of these things have an incredible impact on the entire atmosphere of an organization. These are the little things we tend not to focus a lot on. Our philosophers would say it’s those little things that have huge repercussions in terms of the entire feeling of an area, entire ways that people can connect and the kinds of ideas that can come out of that workforce.