Simone de Beauvoir (1908-1986) was a French author and existentialist philosopher. Her The Second Sex is one of the foundational texts of modern feminism and philosophy (as well as the source of the quote below). She was the partner of fellow philosopher Jean-Paul Sartre for nearly 50 years. They remain together today, at least in a manner of speaking. 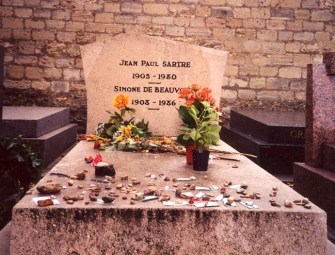 Sartre and Beauvoir never married, nor did they ever establish a joint-household. Their relationship has been the subject of much scholarship and speculation. Today’s words of wisdom feature Beauvoir’s impression of one the major ills of marriage: that it’s too often seen as two people completing each other rather than two people giving to each other:

“The curse which lies upon marriage is that too often the individuals are joined in their weakness rather than in their strength, each asking from the other instead of finding pleasure in giving.”

Albert Einstein played a mean violin.
Up Next
Words of Wisdom

Liberty Is the Right to Be Honest

Words of Wisdom from Cuban national hero José Martí: “Liberty is the right of every man to be honest, to think, and to speak without hypocrisy. … A man who obeys a bad government is not an honest man.”