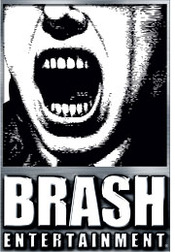 I almost knocked my coffee over when I read this: “Brash Entertainment, a start-up game developer

that plans to focus on games based on licensed film, TV and music

properties, announced on Monday that it has raised $400 million

first round of financing, led by ABRY Partners.”

Whatever happened to bootstrapping a company? After sinking $400 million into a company that has yet to create a single product, investors will likely be asked to ante up another hundred million dollars or two before the company ever turns a profit. Isn’t there a better way of spending half a billion dollars?

True, the Los Angeles-based video gaming company has put together an all-star roster of talent, including COO Nicholas

Chardavoyne. True, the company has scads of video games in the developmental pipeline, some of them based on popular cinema releases. But $400 million?

That just seems like an awfully big bet on the notoriously fickle tastes of adolescent video gamers.