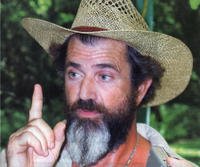 Buzz is building for Mel Gibson’s Dec. 8 release of Apocalypto[trailer]. The film’s actual plot is still a bit of a secret. Judging by the title and the focus on the decline of the Mayan civilization, Gibson is offering a metaphor for “the end times.” Like Gibson’s Passion, the movie is likely to serve as a rallying point for Evangelicals, especially after the recent election and other events have taken some of the wind out of the Evangelical movement.

Yet what effects is a movie with a clear, if not symbolic, political and social message likely to have on audiences? To contextualize some of these effects, see these past columns I did for Skeptical Inquirer Online evaluating the impacts of The Day After Tomorrow and The Passion of the Christ.