Do you want to live forever? There’s a controversy within the scientific community if such a thing will ever be possible. In fact, it might even be that we’ve hit the limit of the human lifespan already. Since the 19th century, improvements in public health and diet, the development of modern medicine, a decrease in the infant mortality rate, the decline of smoking, and other advancements in health, have seen the human lifespan elongate dramatically. But is there a ceiling? That depends on whom you ask.

The highest age anyone has ever reached, as far as we know, is 122. Though she died in 1997, Jeanne Calment of France still holds the honor of the oldest person on record. We’ve lengthened the human lifespan by years over the last century or so, but Dr. Jan Vijg believes that Ms. Calment’s case is an anomaly. He is a professor of genetics at the Albert Einstein College of Medicine, and an expert on aging. Vijg believes we have already hit the ceiling on the human lifespan. “Humans will never get older than 115,” he said.

Vijg and colleagues published a paper in the journal Nature that weighs in with compelling evidence on whether or not humans can extend life, moving forward. Another expert, James W. Vaupel, flatly denies the idea. He is the director of the Max-Planck Odense Center on the Biodemography of Aging. Vaupel believes these findings are a mistake taken as fact. 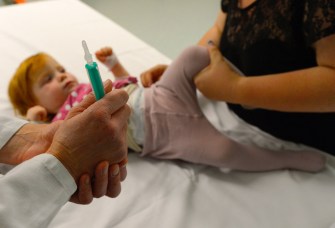 Modern medicine is just one of the reasons why we live almost twice as long today as a century ago.

According to Dr. Vaupel, an American child born in 1900 would have an average lifespan of just 47 years. That same child born today can expect to live to around 79. Since the 1970s, the maximum one could expect to live has increased significantly. Researchers have since wondered if a ceiling would ever be reached. According to Dr. Vijg, data suggests that we reached it already, back in the 1990s.

When Dr. Vijg and colleagues examined data on mortality and survival, they discerned a pattern. First, they looked at different people of various ages alive within any given year. Then they examined the oldest cohort in each and compared figures from one year to the next. In this way, they could calculate how quickly the population added years to age.

But what Dr. Vijg found instead was that the trend ceased moving forward. Researchers perused data from 40 different countries and discovered the same trend. By the 1980s, it had slowed. In the early 2000s, the trend had stopped altogether. People nowadays may live to 100, but after that hefty marker, they rapidly decline. Dr. Vijg, and the graduate students working with him, concluded that they must have found the upper limit to the human lifespan. 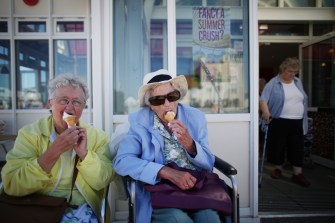 Will humans ever live past 115 on average? Should we? What are the implications for society and the environment?

Researchers tested the theory. Turning to the International Database on Longevity, researchers analyzed the data of 534 people. Each had lived to an astonishingly old age. Then Dr. Vijg and colleagues charted the oldest person in each year stretching back to the 1960s.

With a few rare exceptions, most did not live past the age of 115. According to Vijg, the trend was identical whether it was the first, second, third, or fourth oldest person in the world. The chances of living past 122 were then calculated. Vijg and colleagues found it nearly impossible. The probability of a person living to 125 in any given year, in any country on Earth, is less than one in 10,000.

Living to 115 may someday become normal, but only outliers will make it beyond that, Dr. Vijg said. It isn’t just humans that scientists are debating about. They wonder about lifespan limits of all other species as well. Dr. Vaupel and others of his mindset, who believe we haven’t such a limit, counter the argument, using Japan as an example. There is a group there that is continuing to grow older. Vaupel also said that Dr. Vijg did not employ the most advanced statistical methods to examine data and draw conclusions. 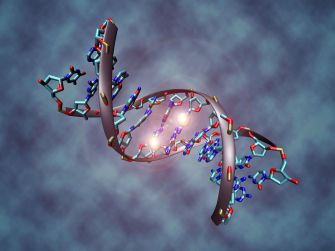 DNA breakdown may be the reason why the human body has a shelf life.

It’s a buildup of DNA damage in the body that causes this upper ceiling to occur, according to other research by Vijg. Sooner or later the body cannot repair it all, and it becomes overwhelmed. While certain breakthroughs may help elongate our lifespan further, they would have to be advanced enough to overcome systemic DNA breakdown. Instead of setting aside resources to add years to life, Dr. Vijg suggests putting them toward adding more years of good health to the time we already have.

To learn more about longevity and the pursuit of it click here:

By slowing down aging, we could reap trillions of dollars in economic benefits.
Health

Biomedical science assumes that people want to live as long as possible. They don’t.
Health

Age ain’t nothing but a number, but “inflammatory age” may be real.
Health

Is 150 years really as long as we can ever live?

According to Pulitzer prize-nominated writer Nicholas Carr the internet is a utopia in which we never have to confront anything. When technology and humanity intersect, how does it affect our brains, our intellect, and our ability to explore?