Scientists have been growing cell cultures that resemble natural human cells in dishes for a while now, but their usefulness for research has been inhibited by concerns that they never mature enough to provide insights into human development beyond the womb. Now, scientists from UCLA and Stanford have genetically analyzed dish-grown brain organoids that matured over 20 months pretty close to the same timetable that an infant’s brain cells would.

“This will be an important boost for the field. We’ve shown that these organoids can mature and replicate many aspects of normal human development — making them a good model for studying human disease in a dish,” says senior author Daniel Geschwind of UCLA.

The research is published in a study in the journal Nature Neuroscience. 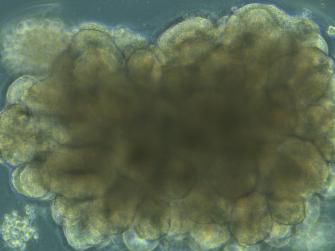 Organoids are tissue cultures comprised of human embryonic stem cells. They start off as induced pluripotent stem cells (IPS) drawn from skin cells or blood cells before being reprogrammed to revert to an embryonic stem-cell-like state. From there, they can be exposed to chemicals that cause them to behave like a specific type of human cell.

In the case of this study, the chemicals caused them to become cerebral organoids, self-organized 3D cell structures that behave similarly to natural human brain cells. They don’t grow to become full mini-brains. 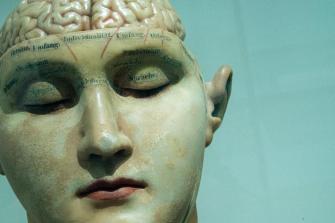 The hope for organoids has been that they would provide researchers a way of observing human biological process in a benign, non-invasive way. Insights regarding the manner in which human cells and organs develop a disease, progress through its stages, and respond, or not, to medication, without involving actual human subjects or animal analogues could revolutionize research.

In the case of brain organoids, researchers have been hoping they can somehow be used to reveal the secrets of neurological and neurodevelopmental disorders, including epilepsy, autism and schizophrenia.

That organoids could be useful—though that doesn’t mean that they would be—as a result of their permanently remaining embryonic cells. This study is a first indicator that organoids’ larger promise can actually be fulfilled.

“This is novel,” says Geschwind. “Until now, nobody has grown and characterized these organoids for this amount of time, nor shown they will recapitulate human brain development in a laboratory environment for the most part.”

Now, says first author Aaron Gordon, “We show that these 3D brain organoids follow an internal clock, which progresses in a laboratory environment in parallel to what occurs inside a living organism. This is a remarkable finding — we show that they reach post-natal maturity around 280 days in culture, and after that begin to model aspects of the infant brain, including known physiological changes in neurotransmitter signaling.”

With the study verifying a 20-month maturation process, it remains to be seen how long, or how far, maturation in organoids goes. Can their cells continue to mature for years? Decades?

Even without an answer to that question, the study, says Geschwind, “represents an important milestone by showing which aspects of human brain development are modeled with the highest fidelity and which specific genes are behaving well in vitro and when best to model them. Equally important, we provide a framework based on unbiased genomic analyses for assessing how well in vitro models model in vivo development and function.”

With IPS cells able to take on the roles of so many types of cells in the human body, and the new knowledge that they do in fact mature beyond their embryonic stage, researchers can feel more confident of insights into biological mechanisms organoids seem to reveal. And researchers can now better equipped to solve some of the human body’s vexing mysteries.

This small phase 1 study suggests that CRISPR-engineered T cells are safe and potentially effective, but there is a long way to go.
The Future

Synthetic milk is not a sci-fi fantasy; it already exists.
Up Next
The Present

These DIY learning kits focus on topics like coding, robotics, and AI, and are on sale for as low as $41.99.