The oldest living person is Kane Tanaka of Fukuoka, Japan, who just celebrated her 118th birthday. The handful of people who live to be 105 years old or older are called “semi-supercentenarians.” (Supercentenarians live to the ripe old age of 110 or older.)

New research, published in the Aging, Geroscience and Longevity: A Special Issue of the journal eLife, examines the genomes of semi-supercentenarians and has discovered what may be the key to their unusually long lives: Their DNA is exceptionally good at repairing itself.

People involved in the study 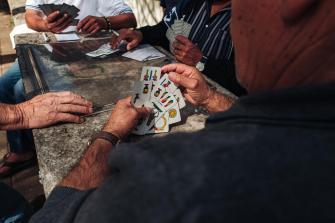 The researchers recruited 81 volunteers for genetic analysis from across Italy. Some participants were semi-supercentenarians and others were supercentenarians. Researchers compared the genetic makeup of the older volunteers with those of 36 healthy people from the same areas who were 68 years old, plus or minus 5.9 years.

The study’s first author Paolo Garagnani of the University of Bologna explains:

“Aging is a common risk factor for several chronic diseases and conditions. We chose to study the genetics of a group of people who lived beyond 105 years old and compare them with a group of younger adults from the same area in Italy, as people in this younger age group tend to avoid many age-related diseases and therefore represent the best example of healthy aging.”

The authors of the study collected blood samples from both groups and conducted whole-genome sequencing. Additionally, they compared their findings with the conclusions drawn in previously published research describing the genetic makeup of 333 Italian people older than 100 years and 358 who were approximately 60 years old.

Co-first author of the new research Massimo Delledonne of the University of Verona said, “This study constitutes the first whole-genome sequencing of extreme longevity at high coverage that allowed us to look at both inherited and naturally occurring genetic changes in older people.”

It’s all in the genes

In the semi-supercentenarians and some supercentenarians, the researchers discovered five unusual genetic changes that were often present in two genes, COA1 and STK17A, data that was consistent with the previous research.

Most intriguing, the genetic variations appear to be linked to increased activity of the STK17A gene in some tissues, a gene involved in three critical cell repair activities: managing cells’ response to DNA damage, prompting badly damaged cells to die off, and controlling the amount of dangerous reactive oxygen species in a cell. Cells unable to perform these types of repair activities are more likely to become cancerous.

The COA1 gene is involved with energy production by promoting communication between the cell nucleus and mitochondria. The researchers believe that the genetic variants they detected reduce the level of COA1 activity, which in turn reduces energy production as well as aging. (One of the leading theories of aging is that energy production produces reactive oxygen species that damage cells and promote aging.)

Finally, the researchers noted that the genetic variants they identified are also linked to increased expression of he BLVRA gene in some tissue. This gene is also involved in the elimination of dangerous reactive oxygen species.

Senior author of the study Claudio Franceschi of the University of Bologna concludes:

“Our results suggest that DNA repair mechanisms and a low burden of mutations in specific genes are two central mechanisms that have protected people who have reached extreme longevity from age-related diseases.”

This small phase 1 study suggests that CRISPR-engineered T cells are safe and potentially effective, but there is a long way to go.
Up Next
The Past

Discovered: 78,000 years ago, the oldest known burial ritual in Africa

How do archaeologists know if someone was buried intentionally tens of thousands of years ago?