Sunlight: the cause of much consternation for skincare advocates, yet a necessary component of biological life. Not only needed for, well, everything on this planet, sunlight is required for the absorption of vitamin D. Inadequate sun exposure is linked to rickets, a generally rare softening of bones in children. (In adults it’s called osteomalacia.) You don’t need a ton of sunlight, yet without basking in a little you’ll certainly suffer the consequences.

Or will you? In the strange case of a Lebanese woman, this longstanding assumption is being tested. Stricken with ankylosing spondylitis (spinal vertebrae fusion), she was placed on a course of vitamin D supplements to strengthen her bones. Eight years later a series of fractures led to more testing. Incredibly, her body showed no sign of vitamin D. She lacks the ability to process it.

Dietary vitamin D is biologically inactive; it must be converted by a protein enzyme in the liver and kidneys. (The same is true with skin synthesis.) Humans deficient in this enzyme can apparently survive without any vitamin D at all, forcing researchers to question how relevant it actually is for bone mineral density. Once again, a common assumption is being overturned right in front of our eyes.

Another assumption we need to investigate is the usage of supplements more broadly. A new study of nearly 31,000 men and women (age 20 and above) states that dietary supplements are not only unhelpful, but harmful when consumed in large quantities. For example, doses of vitamin D above 400 IU per day are associated with increased risks of death from cancer and all-cause mortality. One of the most popular men’s multivitamins on the market includes 700 IU in each pill.

In the study, published in the journal Annals of Internal Medicine, data were recorded over a 30-day period. Over half of participants took some form of supplement; a third ingested a daily multivitamin. Among other findings, 1,000 or more milligrams of calcium per day was linked to an increased risk of death due to cancer.

Overall, researchers discovered dietary supplements play no role in reducing mortality. The following, however, were associated with reductions in all-cause mortality: vitamins A and K, copper, magnesium, and zinc. The caveat? The reduction only occurred when these substances were derived from food, not pills or powders.

“Dietary supplements are not a substitute for a healthy balanced diet. We should aim for adequate nutrition through diet rather than counting on supplements.”

One important limitation involves methods used to gather these data points. Dietary information came from 24-hour self-recall, including the amount of each ingredient per serving, a tedious task. The duration of dietary supplement usage was limited to 30 days, also tracked by self-reported recall.

Yet these limitations do not deny the fact that humans always seem ready to offset poor dietary choices through a variety of means: multivitamins and supplements, statins, antacids, digestive enzymes, an entire market of solutions to eating poorly. We’re not nearly as good at implementing the best response: eat a healthy, balanced diet. 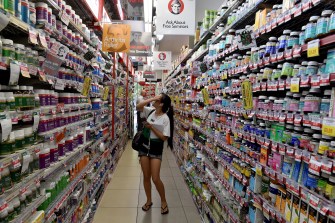 For millions of years our diet depended on availability, not choice. A wide range of humans adapted to survival in different climates and environments. Humans are one of the most adaptable animals on the planet in terms of food sources we can derive the building blocks of life from. The vast nutritional difference between equatorial and northern cultures is stunning, yet we’ve evolved to survive virtually anywhere.

Living in a time when an endless variety of foods is available at any time of the year, processed foodstuffs and carbohydrate-rich diets have led to a public heath crisis. From the antibiotics we inject into animals to dangerous fertilizer solutions on crops to nutrient-poor soil due to monocropping, every problem we think we’re solving through workarounds is only leading to more problems.

Supplements do provide an answer—to capitalism. The industry is predicted to reach $278 billion by 2024. Obesity costs in America alone clear $147 billion. Health care costs in America are $3.2 trillion, 20 percent of our entire economy. Staggering amounts of those costs are associated with poor diets.

Putting lipstick on a pig is a politically-charged rhetorical expression yet perfectly befits the supplement industry. Yes, there are real cases in which supplements make sense. Mostly, they’re just lipstick disguising the true nature of the problem. Eating better might not be sexy advice, but it remains the optimal solution to an animal paralyzed by too much choice.

Explore the key highlights from the UN’s latest release of its world population estimates.
Up Next
Starts With A Bang

This Is What Planet Earth’s Ultimate Fate Will Be

Beyond the oceans boiling and the death of our Sun, Earth’s ultimate fate won’t be determined until far in the distant future.It took the Universe 13.8 billion years to create planet […]