Cognitive psychologist Weizhen Xie (Zane) of the NIH’s National Institute of Neurological Disorders and Stroke (NINDS) works with people who have intractable epilepsy, a form of the disorder that can’t be controlled with medications. During research into the brain activity of patients, he and his colleagues discovered something odd about human memory: It appears that certain basic words are consistently more memorable than other basic words.

The research is published in Nature Human Behaviour.

“Our goal is to find and eliminate the source of these harmful and debilitating seizures,” Zaghloul said. “The monitoring period also provides a rare opportunity to record the neural activity that controls other parts of our lives. With the help of these patient volunteers we have been able to uncover some of the blueprints behind our memories.”

Specifically, the participants were shown word pairs, such as “hand” and “apple.” To better understand how the brain might remember such pairings, after a brief interval, participants were supplied one of the two words and asked to recall the other. Of the 300 words used in the tests, five of them proved to be five times more likely to be recalled: pig, tank, doll, pond, and door.

The scientists were perplexed that these words were so much more memorable than words like “cat,” “street,” “stair,” “couch,” and “cloud.”

Intrigued, the researchers looked at a second data source from a word test taken by 2,623 healthy individuals via Amazon’s Mechanical Turk and found essentially the same thing.

“We saw that some things — in this case, words — may be inherently easier for our brains to recall than others,” Zaghloul said. That the Mechanical Turk results were so similar may “provide the strongest evidence to date that what we discovered about how the brain controls memory in this set of patients may also be true for people outside of the study.” 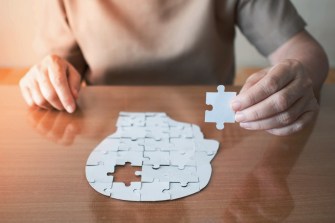 “Our memories play a fundamental role in who we are and how our brains work,” Xie said. “However, one of the biggest challenges of studying memory is that people often remember the same things in different ways, making it difficult for researchers to compare people’s performances on memory tests.” He added that the search for some kind of unified theory of memory has been going on for over a century.

If a comprehensive understanding of the way memory works can be developed, the researchers say that “we can predict what people should remember in advance and understand how our brains do this, then we might be able to develop better ways to evaluate someone’s overall brain health.” 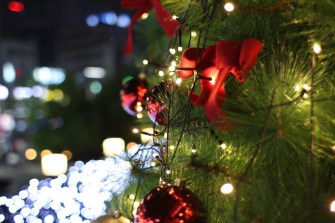 Xie’s interest in this was piqued during a conversation with Wilma Bainbridge of University of Chicago at a Christmas party a couple of years ago. Bainbridge was, at the time, wrapping up a study of 1,000 volunteers that suggested certain faces are universally more memorable than others.

Bainbridge recalls, “Our exciting finding is that there are some images of people or places that are inherently memorable for all people, even though we have each seen different things in our lives. And if image memorability is so powerful, this means we can know in advance what people are likely to remember or forget.”

At first, the scientists suspected that the memorable words and faces were simply recalled more frequently and were thus easier to recall. They envisioned them as being akin to “highly trafficked spots connected to smaller spots representing the less memorable words.” They developed a modeling program based on word frequencies found in books, new articles, and Wikipedia pages. Unfortunately, the model was unable to predict or duplicate the results they saw in their clinical experiments.

Eventually, the researchers came to suspect that the memorability of certain words was linked to the frequency with which the brain used them as semantic links between other memories, making them often-visited hubs in individuals’s memory networks, and therefore places the brain jumped to early and often when retrieving memories. This idea was supported by observed activity in participants’ anterior temporal lobe, a language center.

In epilepsy patients, these words were so frequently recalled that subjects often shouted them out even when they were incorrect responses to word-pair inquiries.

Modern search engines no longer simply look for raw words when resolving an inquiry: They also look for semantic — contextual and meaning — connections so that the results they present may better anticipate what it is you’re looking for. Xie suggests something similar may be happening in the brain: “You know when you type words into a search engine, and it shows you a list of highly relevant guesses? It feels like the search engine is reading your mind. Well, our results suggest that the brains of the subjects in this study did something similar when they tried to recall a paired word, and we think that this may happen when we remember many of our past experiences.”

He also notes that it may one day be possible to leverage individuals’ apparently wired-in knowledge of their language as a fixed point against which to assess the health of their memory and brain.

The theoretical reasons to expect it are compelling, but the technology required to detect it is unfathomable.All throughout our galaxy, millions of black holes of a variety of masses orbit, […]