Why do we some times see things that aren’t there? Delighted by stories of vengeful ghosts and spirits, we largely assume there’s a world outside of our regular field of vision. Whether it’s inhabited is certainly debatable but the curious psychological condition called Troxler’s Fading or Troxler’s Effect may explain one optical illusion.

This effect isnamed after a Swiss physician and philosopher Ignaz Paul Vital Troxler(1780-1866), who discovered it in 1804. It is essentially a trick of perception that describes what happens if you fix your gaze upon a single point in the visual field. It doesn’t even have to be for a long time – 10 seconds would do. That can make images and colors disappear from your peripheral vision.

Look at the black cross at the center of the image and the spots in this “lilac chaser” illusion will fade away in a few seconds. A grey background and the cross will remain unless you are among those who will also see a moving blue-green spot. You might even notie a bunch of green spots when you move your eyes away after a while.

HOW DOES IT WORK?

Research indicates the effect is related to how neurons important for perceiving stimuli are adapted by the visual system. Unchanging stimuli will eventually disappear from our awareness while our mind will fill the areas where they used to be with the background information (or color). A “sensory fading” or “filling-in” is linked to saccades – involuntary eye movements that happen even when the gaze appears settled. If we fixate on a point, an unmoving image or scene would fade from view in a few seconds thanks to the “local neural adaptation of the rods, cones and ganglion cells in the retina,” explains the Illusions Index.

The effect is made stronger if the stimulus image is low contrast or blurred.

While studies showed the effect doesn’t only occur in the eyes but partially in the brain, there’s not yet a definitive explanation for everything involved in this unusual visual phenomenon. 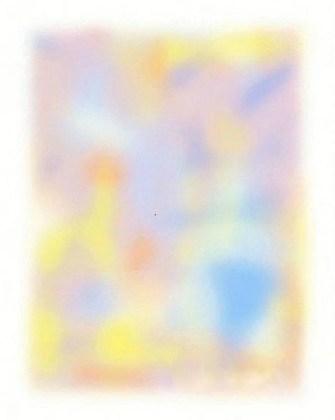 Another example image of the Troxler effect. Look at the center of the image for about 10 seconds.

Troxler’s Fading Witness This Mystical Illusion For Yourself

And another fun example:

The motivations behind schadenfreude are diverse — here are a few

The motivations behind this complex feeling.