Over the weekend, my wife and I watched The Creative Brainon Netflix. Being a fan of David Eagleman’s writing, I was eager to see how his ideas translated onto the screen. As expected, a lot of depth and nuance was sacrificed in hopes of achieving a pop culture-level science documentary. Still, the hour-long documentary was inspiring, featuring creative geniuses—Robert Glasper, Nick Cave, Michelle Khine, even Kelis in her new role as a chef—carrying the dialogue along.

While Eagleman offers ideas about why humans are creative—most animals are input-output-oriented without the benefits of a robust prefrontal cortex—he does not dive as deep into styles of creativity. In a youth-obsessed culture, the youngest of us are often honored as creative geniuses, yet there’s another age group that appears to have equal skin in the game: 50-somethings.

That’s what Bruce Weinberg and David Galenson, professors in the Department of Economics at Ohio State University, claim in their new study, published in De Economist. Focusing on Nobel laureates, they identified two peak ages of creativity: 25 for conceptual innovators and mid-50s for experimental innovators. While their focus was on economists, they feel comfortable stating that this data transcends discipline.

Conceptual thinkers set out with explicit goals that they carefully execute. The authors write, “Their innovations appear suddenly, as a new idea produces a result quite different not only from other artists’ work, but also from the artist’s own previous work.” They cite artists and thinkers such as Herman Melville, TS Eliot, Albert Einstein, and Pablo Picasso as examples of creatives that achieved breakthrough work in their youth.

Experimental thinkers are more vague. They don’t have an explicit goal in mind. They work as synthesists, collecting ideas and incorporating them as they age, which results in a later creative peak. “The imprecision of their goals leads them to work tentatively, by a process of trial and error. They arrive gradually and incrementally at their major contributions, often over an extended period of time.” On this front, Virginia Woolf, Charles Darwin, Paul Cézanne, and Robert Frost are exemplary late bloomers.

Their focus is 31 notable Nobel laureates in economics. Conceptual economists, they write, tackle precise problems and solve them systematically, placing them in the younger cohort. In this regard, inexperience is a virtue, as they tend to combat established economists without concern of heritage or pedigree. By contrast, experimental economists attempt to solve broader problems. “The more evidence they can analyze, the more powerful their generalizations, so the most important experimental innovations are often the product of long periods of research.”

The authors used the Social Science Citation Index, collecting the number of citations each economist garnered. As the mark of scholarship is citation, they looked for each thinker’s threshold for important contributions; they also noted each economist’s single best year. They note that this provides a “widely accepted, objective method” that levels the playing field for each laureate. 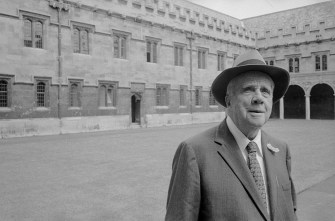 The results provide polar opposites: “It appears that the ability to formulate and solve problems deductively declines earlier in the career than the ability to innovate inductively.” This is especially important because, as the authors note, modern hiring practices favor younger candidates. A prejudice has emerged in economics (and most other fields) in the false belief that younger generations are more creative. As the paper shows, it depends which type of creative you’re discussing.

This study isn’t the only recent news challenging this notion. In The Wall Street Journal, entrepreneur and author Rich Karlgaard, summating his new book, Late Bloomers: The Power of Patience in a World Obsessed with Early Achievement, notes our obsession with “30 under 30″—and he’s the publisher of Forbes—and “most influential teen” lists. While short-term memory peaks at 25, for example, our emotional intelligence doesn’t peak until our 40s or 50s. He continues:

“What about creativity and innovation? That realm must belong to the young, with their exuberance and fresh ideas, right? Not necessarily. For instance, the average age of scientists when they are doing work that eventually leads to a Nobel Prize is 39, according to a 2008 Northwestern University study. The average age of U.S. patent applicants is 47.”

We need both types of innovators in our world: The upstart surge of youth and the refined patience of aging. The creative tension between them keeps a necessary balance in every discipline – artistic, financial, and otherwise. Identifying what type of creative you are helps. But one thing is certain: It’s never too late to put your knowledge to creative use.

When you don’t know what you’re looking for, it’s easier to miss it.
High Culture

Who should be compensated?
The Learning Curve

5 rules to build your version of the simple life

Because there’s not enough Walden pond to go around.
Thinking

Jokes so cheesy even French philosophers will love them.
The Learning Curve

How to be more creative: Psychology recommends these five habits.

Being more creative doesn’t require a ‘Muse.’ It’s about pairing intelligence and imagination.
Up Next
Hard Science

What if all planets were the same distance from Earth as the Moon?