Denmark may be the birthplace of the Lego tower, but its workplace hierarchy is the flattest in the world.

According to the World Economic Forum’s Global Competitiveness Report 2018, the nation tops an index measuring “willingness to delegate authority” at work, beating 139 other countries.

This will come as no surprise to foreign workers who can find the country’s egalitarian approach a culture shock.

“People relate to one another as equals regardless of job titles and formal positions,” notes the University of Southern Denmark in an article explaining the country’s working culture.

“Many workplaces have what resembles a flat management hierarchy, which means it is more than normal to take up issues directly with the CEO. It is allowed to contradict or criticize managers.”

This is backed up by data included in the Forum’s new global competitiveness framework, which assesses how well countries are poised for the Fourth Industrial Revolution and ranks them on a wide range of factors.

Denmark also punches above its weight in the overall index, with its “very well-functioning labour markets, strong welfare state and active labour-market policies” propelling it to 10th place. 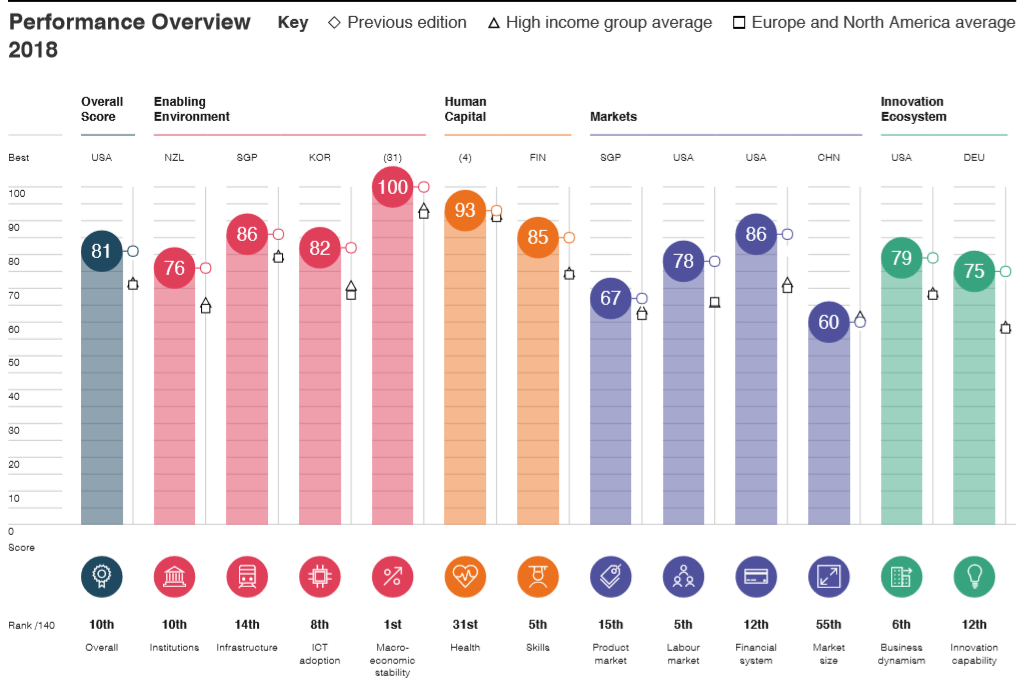 “It’s about having employees that are empowered,” Thierry Geiger, head of research and regional impact at the Forum said in an interview. “If the structure is too rigid, where only the most senior people can speak, then you really stifle creativity. Maybe the next big idea or next improvement could be in the head of a new graduate who just joined. And if you don’t create this space for those people to offer their ideas then it’s a missed opportunity.”

Denmark’s labour market is as distinctive as its workplace culture. The small Nordic nation, which has one of the smallest rich-poor gaps in the world, aims to offer “flexicurity“, or flexibility and security, to workers and companies. The culmination of many years of investment and policy making, flexicurity means lower job protection, but higher unemployment benefits if you do lose your job, combined with strong job-search assistance and training to help people back to work. 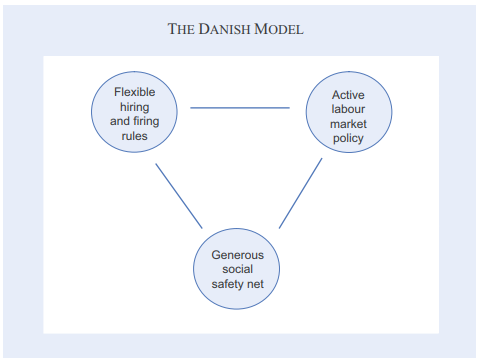 The Forum’s report also showed Denmark has one of the highest levels of social capital in the world and a well-educated workforce. The country placed 8th in a gauge of tech-ready economies that are braced for change and it scored well on metrics that assessed business dynamism, levels of trust and collaboration, and innovation.

The labour-market pillar of the new framework looks at the extent to which human resources can be reorganized and leveraged. Well-functioning labour markets make economies more resilient to shocks and incentivize workers to take risks, embrace change and focus on the future, the report said.

“Denmark comes very high when measured on these indicators,” Geiger said. “Creativity, diversity and collaboration, all these things are very soft in nature but they are all about coming up with ideas, new approaches.”

As well as Denmark, Australia, Canada, Finland, Norway, Sweden, Switzerland and the US also scored highly in this area.

Asian economies didn’t score as well, since their companies tend to have a more rigid structure, Geiger said. For example, Hong Kong SAR scored 69 points out of 100 on this indicator, placing it almost 20 points behind the best performer. Singapore and Japan also showed room for improvement.

“It comes down to how you change corporate culture and attitudes toward risk,” Geiger said. “These are factors that are built on long cultural and historical legacies and are hard to change. We want to make people aware of that and of the small things that can be done. It’s about a willingness to accept failure.”

Tags
collaborationcooperationmotivationproductivitysocietywork
In this article
collaborationcooperationmotivationproductivitysocietywork
Related
The Past
How “gate” became the syllable of scandal
In terms of sheer productivity, “-gate” has no peer. Wikipedia’s list of -gates has over 260 entries.
The #1 thing employees want at work
Here’s how to design a work environment that gives control to employees and stimulates open conversation.
▸
with
Todd Rose
The Big Think Interview
Why so many people work “bullshit jobs”
Experts say we should only be working 15 hours per week, so why are some working 80?
▸
6 min
—
with
James Suzman
Videos
Is reality real? These neuroscientists don’t think so.
Reality is more distorted than we think.
▸
with
Big Think
The Present
Controversy: was the Caribbean invaded by cannibals?
A 2020 study has revived a longstanding controversy over Christopher Columbus’ claims of marauding cannibals in the Caribbean.
Up Next
Neuropsych
The surprising psychology of sex with your ex
We all know sleeping with your ex is a bad idea, or is it?