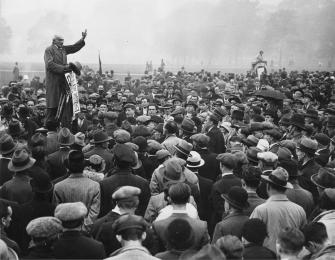 Who loves free speech? As this world map shows: not everybody — at least not in equal measure. Of the 33 countries surveyed, free speech gets its highest approval in those shaded green. Approval is “medium” in yellow countries and lowest in red ones.

Some democracies are more nominal than others 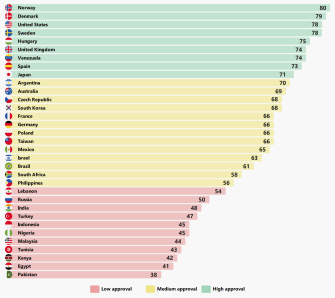 Orwell, defending the Freedom of the Park

The survey, conducted in February 2021 for Danish think tank Justitia, is about popular attitudes rather than legal frameworks. That is relevant because, as George Orwell observed in “Freedom of the Park” (1945), free speech depends less on the law of the land than on the will of the people.

Justitia’s report, titled “The Future of Free Speech“, opens with a quote from Orwell’s essay:

To find out about those attitudes, Justitia weighed the responses of a total of 50,000 people across 33 countries worldwide to several potentially controversial statements, including:

Government censorship should not apply to

People should be able to

The media should be able to publish information 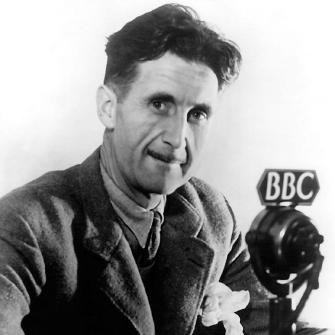 George Orwell at the BBC in 1940. He sensed that free speech depends less on what laws dictate than on what people want.Credit: Public domain

Russians among the least pro-free speech

Some key findings of the report: 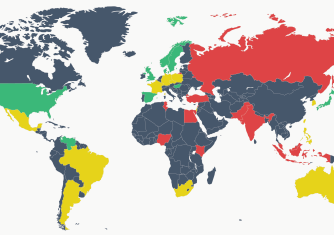 Support for free speech is generally stable or improving, except in the United States, where the acceptance of unrestricted criticism of the government has declined.Credit: Justitia

Choosing between free speech and prosperity?

Justitia also asked its interviewees how they thought their freedom of expression had evolved over time. The results are mixed.

“Fortunately (…) much evidence speaks in favor of (a positive) association (between freedom of expression on the one hand and human welfare and prosperity on the other) — particularly, when free speech is combined with effective electoral rights over longer periods of time,” the report concludes.

However, “the numbers indicate that, if people believe they cannot have both, many are willing to sacrifice free speech.” Disconcertingly, “support for free speech might be shallower than one would expect — and hope for — in relation to this fundamental right.”

For more on Justitia, visit their homepage. Read more about The Future of Free Speech here. Download the report in its entirety here.

Discovered in 1900, the Saint-Bélec slab languished unrecognized in a castle basement for over a century.
Up Next
Life

These bizarre mollusks have the ability to regenerate their bodies and to absorb other organisms’ attributes.