Outside of the various claimed benefits of psychedelic drugs, many people find the concept of inducing hallucinations alluring. Given the negative side effects of many psychedelic drugs, the high likelihood of getting a knock-off drug of low quality instead of what you asked for, and the terrifying possibility of a nine-hour-long bad trip in which you are attacked by demon clowns, drugs might not be the best method for this.

However, it is possible to cause yourself to hallucinate without taking drugs.

The Ganzfeld effect is a well-documented phenomenon where the brain, deprived of sensory input, will attempt to make sense of the lack of input by amplifying its own internal processes. This results in audio-visual hallucinations of varying intensity.

This has been known of since ancient times. Followers of Pythagoras would retreat into dark caves until visions appeared. Certain schools of Tibetan Buddhism also exploit this effect to bring visions of wisdom. Prisoners locked in dark dungeons have reported seeing things since records have been kept.

Explorers of the polar regions, including Ernest Shackleton, have reported changes in mental state and vivid hallucinations as a result of seeing nothing but white for days on end.

So, how do I trip without drugs?

To see how to use them, you can watch these two nuts. The two fellows in the link create a sleeping mask out of the paper and remove audio stimulus with the static and headphones. They then lay perfectly still under white lights for 20 minutes. After getting up, they report various hallucinations of varying intensity and dilation of time.

By all accounts it is. Which is to say we found nothing that said it was dangerous.

However, long-term sensory deprivation is used as a form of torture and mental stability starts to go after several hours of it. While it is unlikely that people would willingly do this for that long, a fair warning is needed. Thirty minutes would be enough to assure some result if you are going to try this.

Sensory deprivation tanks are currently used to help relieve stress, and short-term exposure has not been found to have negative effects. It might not always be pleasant though. The quietest room in the world, a room in Minneapolis so quiet you can hear your internal organs operating, is famed for driving people to a point of such uneasiness from the utter lack of sound that nobody has remained inside it for more than 45 minutes. 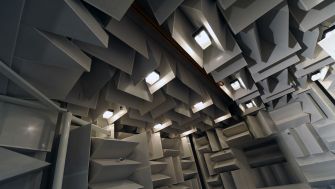 An anechoic chamber, similar to the one in Minneapolis, in France. How long do you think you could stand going without audio input before you started to lose it? (Getty Images)

So, have you always wanted to trip but also want to avoid the problems of psychedelic drugs? This might be a solution for you. While the exact results are variable and most likely of a much lower intensity than drug use, the effect is very real and if you try it something is likely to happen. Just don’t forget to take and break after a little while.

The 1% spent more on art than on wine last year. Yay?

The report, released by “advisors to the wealthy,” shows what the rich spend their investment money on. Hint: It’s not factories.