Anyone choosing sides in the nature vs. nurture conversation should be reasonably convinced by now that life is not so simple, and, that behavior is unlikely to be the product of one or the other (nature, or nurture) alone. It’s been understood for some time that male homosexuality has a genetic component, but now for the first time, two specific gene variations have been found to be more common in gay men, suggesting a specific genetic influence on sexual preference. It’s worth mentioning from the onset here that, unfortunately, as with many other areas of human-biology research, there have been more studies of gay men than women and so less is known about the influence of genes on women’s sexual orientation.

In 1993, Dean Hamer created an uproar with his discovery of a “gay gene” — really an area of the X chromosome known as “Xq28.” He also suggested that a region of chromosome 8 might play a similar role. Not all subsequent studies agreed with his conclusions and, worse, Hamer experienced years of being demonized by conservatives who considered being gay purely a choice that could be reversed with “retraining”. But in 2014, a large study by J. Michael Bailey analyzed DNA from 409 pairs of gay brothers confirmed Hamer’s findings. Hamer expressed his relief to Science at the time, saying, “When you first find something out of the entire genome, you’re always wondering if it was just by chance.” Still, no one had found a specific gene, much less two, that might produce a predisposition toward homosexuality until now.

The new study, from a team led by Alan Sanders at North Shore University, Illinois, looked at DNA from 1,077 gay and 1,231 straight men. They analyzed each subject’s entire genome, searching for single-letter variations in DNA sequences.

One such variation was commonly found in the gene SLITRK6, which is on chromosome 13 in the region of the brain, the diencephalon, containing the hypothalamus. This is intriguing, since neuroscientist Simon LeVay had discovered in 1991 that the hypothalamus of heterosexual men is nearly twice the size it is in homosexual men, and suggested this might be meaningful. Since then, the gene has been found to be active a few days prior to the birth of male mice. LeVay tells New Scientist that, “This is thought to be a crucial time for sexual differentiation in this part of the brain. So this particular finding is a potential link between the neuroanatomy and molecular genetics of sexual orientation.”

The second gene, TSHR, is known to produce a receptor protein that, together with a hormone, stimulates the thyroid, another organ believed to be involved in orientation. Sanders cites as evidence the more common occurrence of Graves disease in gay men — the disease is caused by the thyroid becoming over-active. 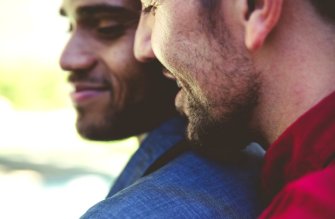 Given the complex array of factors that create the people we are, it should come as no surprise that the presence of these two gene variants doesn’t mean a man is necessarily gay. Sanders says these genes — and others, he suspects — have a “fairly low effect.” “There will be men,” he tells New Scientist, “who have the form of gene that increases the chance of being gay, but they won’t be gay.”

Being gay in Scientology: How Michelle LeClair got out

High-level official LeClair suppressed her sexuality for decades. Now that she’s out, she’s speaking up.
Up Next
Politics & Current Affairs

The UN has commissioned a study of extreme poverty in the most of one of the world’s wealthiest nations, the United States.