“Never Again?” How fascism hijacks democracies over and over

Raine Laurent: You can’t just decide “left” means “more government” and right means “less government”. Those are Fox News reinventions of political standards that have been universally understood since the french revolution. Making the spectrum of “left” or “right” a discussion about “big gubbermint” is just a way to totally remove labor rights, trade, wages, and inequality from the discussion. Which of course the right would love.

Ben Snyder: If you look at historical parallels to domestic and international contexts. If you look at timelines and tactics used this is 100% correct. It bugs me when people say that standing up against Trump, Bannon, the alt right etc. is political. It isn’t. Republicans, Democrats, and Independents should be screaming bloody murder in unison. This in American history is unprecedented. Yes, we had McCarthyism, genocidal leaders like Curtis LeMay, Richard Nixon (who advocated for assassinatingand citizens). Those men were ‘stable’ and ‘intelligent’, Trump is not and still holds sway over a vicious minority in a world that moves faster than we can keep up with more complexity and custom fragmented groups. 100% accurate posting.

Norway Voted to Decriminalize All Drugs. Should America Follow Suit? 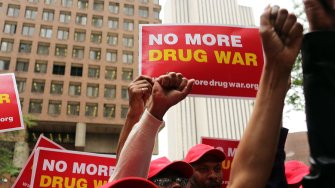 Matthew Walters:Legalized drugs would basically eliminate the entire black market, which would crush gangs and the cartels in one swoop. Drug related crime would drop. Prison population would plummet. Where is the downside? Besides, freedom should be the ability to do whatever you want as long as you don’t harm others.

Neil deGrasse Tyson Explains Why We Have Dysfunctional Politicians 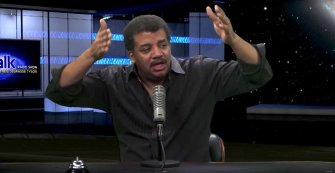 Dayne Willmore:Well, when science disagrees with someone’s ideologies, its automatically made political. This is why its continually perpetuated that universities, and the general scientific community, are allegedly one giant left-wing, liberal conspiracy. Science moves forward, following evidence, which means change. Resistance to change is a premise of conservatism. Tis why most conservatives reject most of science. Scientific information will inherently fall on one side of the political spectrum, or the other. One side of the spectrum tends to be more coherent with most scientific fields. I refer you back to the alleged conspiracy. We just tend to confuse the science of business with other science fields. Journalism, and media, works the same way. The validity of information tends to fall on one side of the political spectrum, despite the fact that bullshittery runs rampant across the entire spectrum.

Is chocolate really healthy for you?

The answer is a resounding yes—but not if it’s loaded with sugar and milk products.