Nato Thompson is Artistic Director at Creative Time, one of New York’s most prestigious and exciting arts organizations. Thompson has organized such major Creative Time projects as The Creative Time[…]
Go to Profile
The Present

Why It’s Getting Harder to “Stick It to the Man”

What’s common to most movements of dissent, is that they don’t stay pure for long. Art curator and cultural critic Nato Thompson uses gaming to show how the anti-establishment ethos within those games has been commandeered by the very thing it sought to stick it to: “the man”. The same goes for big corporations like Coca Cola and Apple, who position themselves as the ordinary human. Institutions use dissenting art and culture to ensure profits. “The spirit of anti-establishment gets into the establishment,” says Thompson, and he perceives that as a broad phenomenon. America, especially in 2017, is deeply anti-establishment. Thompson wonders whether that once-useful ethos has tipped over from constructive to destructive. Nato Thompson’s most recent book is Culture as Weapon: The Art of Influence in Everyday Life.

Nato Thompson’s most recent book is Culture as Weapon: The Art of Influence in Everyday Life . 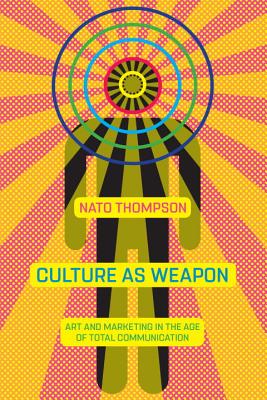 Nato Thompson: I don't know if you've ever played video games but I play a lot of them. And there's a certain kind of ethos that's in a lot of video games, particularly those games like Call of Duty and the first person shooter games that it's important to pay attention to because I feel like they really hit the spirit of the age. Or even games like Grand Theft Auto, these are the biggest selling video games by the way. They're like Beyoncé of video games. But in those games basically you're this fighter who everyone has betrayed. Like the U.S. military betrays you, your family betrays you, everyone is out to get you, and even your close military buddy or whoever. The storylines are always that ultimately everyone is screwing you. And certainly it is a safe position for a video game because it's safe across the entire ideological spectrum. But I also think it pinpoints a certain kind of mood of the era that antiestablishment runs deep across so many currents and everyone's got their idea of who the man is.

You look at even like a Coca-Cola ad and they'll encourage you to go in your cubicle and throw out your papers and get out there and just be free. And so even like corporate America is encouraging us to fight the man. Like you even look at like the Mac ads and they've got like it's like do you remember those old ads and it was like the dweebish PC computer guy and then the Mac guy was like this kind of Red Hot Chili Peppers hipster kid and he's like hey. He's the individual; it's freedom. But I think even then even the spirit of anti-establishment gets into the establishment. And so just to say because these big video games like Call of Duty they're mega industries, they're not like some scrappy antiestablishment thing. They've got people that work on it the size of major films like Jurassic Park, big money. But everyone's anti-establishment and certainly the mood in this country is deeply antiestablishment. I think while true, it makes it very difficult to build things in that particular psychological climate.

Hey Bill Nye! What If Life Had Evolved From Viruses?