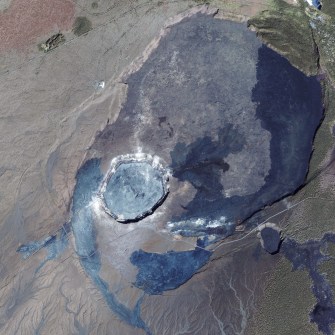 Lava issuing from the current eruptions at Kilauea have started a third ocean entry (and the second within the Hawai’i Volcanoes National Park). The entry is not as dramatic as some, forming a slow, dripping entry of lava into the ocean (see linked video footage), but every little drip adds a little more land to the big island of Hawai’i.

In some other Hawaiian volcano news, the USGS have also posted a video showing the filling and draining of the lava lake in Halemaumau that started last year. Usually, the crater was surrounded by steam and fumes from the degassing magma, but the thermal camera pierced the veil to show the lava rising and falling within the crater.

We’ve now had three weeks of waiting for Redoubt, and all we have to show for it is steam, seismicity and lots and lots of press. As of today, Redoubt […]