Here’s a graph that’s probably only of interest to me but I thought I’d share it anyway. If you’re really interested, you can view the live graph. I’ll update it at the end of each month. 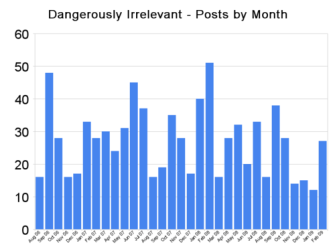 Would you send your child to school with a laptop from home?

I found out recently that my local school district now allows students to bring their own laptops from home. I think that this is GREAT (even while simultaneously understanding the […]