There has been a suspicion for some time that the immune system is somehow involved in the development of certain psychological disorders. Now a new study from Queen Mary University in London and led by Fulvio D’Acquisto has identified in mice a specific autoimmune protein that may trigger OCD’s anxiety and stress in humans. “Our findings overturn a lot of the conventional thinking about mental health disorders being solely caused by the central nervous system,” says D’Acquisto.

The study is published in Brain, Behavior, and Immunity. 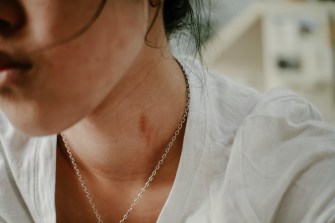 #The autoimmune system and mental illness

“There is mounting evidence that the immune system plays an important role in mental disorders,” easy D’Acquisto. “And in fact, people with auto-immune diseases are known to have higher than average rates of mental health disorders such as anxiety, depression and OCD.”

These potential linkages can be difficult to definitively affirm. Depression and anxiety, for example, may just as easily be understandable reactions to the autoimmune conditions’ onset and not mental disorders. Still, as the study notes: 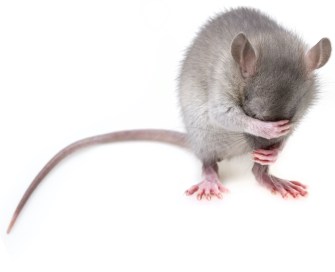 At the heart of the new study’s findings lies a protein the researchers call Immuno-moodulin, or Imood. An excess of this protein produced unusually anxious mice.

D’Acquisto and his colleagues stumbled across Imood by accident. Their intention was to investigate the role of another protein, Annexin-A1, in the development of multiple sclerosis and lupus. To that end, the researchers bred mice in which Annexin-A1 was being over-expressed in their immune systems’ T-cells. Unexpectedly, these transgenic mice seemed more than typically anxious. Curious, the team analyzed the T-cells’ genes and found one protein that was particularly active — Imood.

The researchers’ hunch was confirmed with the administering of an Imood antibody — the mice calmed down in a few days. 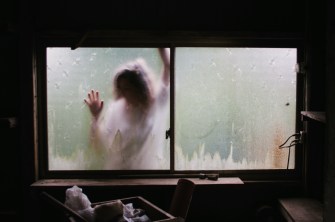 Mice is nice, but people?

Obviously, such findings in mice wouldn’t necessarily apply to human beings. D’Acquisto’s team decided to look for Imood in 23 OCD outpatients from the OCD tertiary outpatient Clinic of the University Department of Psychiatry of Milan, Policlinico Hospital. There were also 20 “normal” patients tested as a control group.

The researchers found the Imood amounts in the OCD patients were roughly six times higher than in the control group.

According to a Queen Mary University press release, D’Acquisto’s research joins that of other scientists who identified the same protein as being over-expressed in patents with Attention-Deficit/Hyperactivity Disorder.

The mechanism behind the connection between Imood and OCD isn’t yet clear. D’Acquisto suspects it’s less a matter if direct alteration of brain function, and is more likely to be some influence exerted over brain cells already linked to mental disorders. He says, “This is work we still have to do to understand the role of Imood. “We also want to do more work with larger samples of patients to see if we can replicate what we saw in the small number we looked at in our study.”

“We are what our bodies do with what we eat.”
Up Next
Strange Maps

Each map is worth a thousand pictures

The Data Atlas of the World specialises in simple yet revealing maps of the world.