It’s Sunday, and you know what that means! Actually, you don’t, because this is the first time we’re doing this. Welcome to Big Think’s inaugural random fact roundup, where we take 3 subjects and give you some great facts about each. 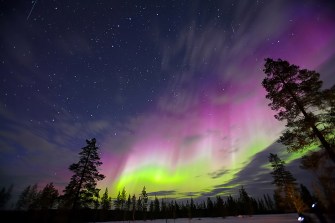 — There are 2.2 million saunas in Finland, which averages to 1 sauna for every 2.5 Finnish people. It’s not unheard of for Finnish men to conduct informal business meetings within a sauna, sometimes seeing who can withstand the heat the longest.

— Finland celebrates an annual “Day of Failure” every year on October 13th. While this sounds pretty depressing, the point of doing so is to accentuate that one must appreciate failure to truly understand success. Pretty poetic, huh?

— Finnish speeding tickets vary according to income. Reima Kuisla, a Finnish businessman, was fined about $60,000 for going 64mph in a 50mph zone outside of Helsinki.

— Finland has the highest coffee consumption in Europe. On average, a Finnish citizen drinks twice as much coffee as an Italian, and three times more than an American.

— Finland is home to the World Wife Carrying Championship. Yes, you read that right. A man carries his wife (or his neighbor’s wife, per the rules) down a track with one water obstacle. The sport is called “Eukonkanto” there, and the official track length is about 850ft, or 2.5 football fields. The still-standing world record is 55.5 seconds. 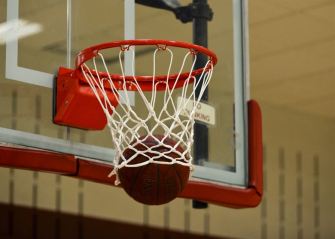 — Basketball was invented by a bored gym teacher, James Naismith, in 1891. He wanted to keep his class occupied on a rainy day. As a kid, he’d played a game called “duck on a rock” where you tried to knock a rock off a tree stump by throwing smaller rocks at it. Most players just threw the rocks straight, but Naismith found that lobbing the rock up and over — like how basketball players still shoot today — give him a much higher chance of winning. He nailed a peach basket to a post to create the first hoop, and the game was born.

— The shortest player in NBA history was Muggsy Bogues, who was 5ft 3in.

— Basketball got a big overhaul in the 1950’s. The shot clock was introduced in 1953, which sped up the game and made it perfect for the new medium of TV. Dribbling rules were also introduced. Before that, players could stop and hold the ball and even take a few steps while holding it. 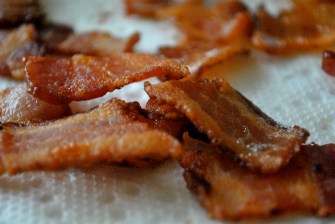 — Bacon grease was used for explosives during WW2. Rendered bacon fat is used to make glycerin, which is an ingredient in explosives (nitroglycerin, etc).

— The average American eats about 18lbs of bacon a year.

— Oscar Meyer made two apps about bacon: a bacon dating app called Sizzlr, and an alarm clock app that woke you up to the smell of bacon via a phone attachment. Sadly, neither are around today.

— The phrase “bringing home the bacon” was actually coined in 1104 in the town of Dunmow, UK, after a couple apparently impressed the clergy at a local church so much that they awarded the couple, who it is said had not fought for a year and a day, with a side of bacon. Don’t believe us? Author Geoffrey Chaucer even mentions it in The Wife of Bath’s Tale and Prologue, published in 1395: “But never for us the flitch of bacon though, that some may win in Essex at Dunmow.”

And there you have it. See you next week!

On New Year’s Eve 1899, the captain of this Pacific steamliner sailed into history. Or did he?
Up Next
Mind & Brain

Your stress likely changes the brains of those around you

A new study published in Nature Neuroscience shows that stress changes the structure of mouse brains—in partners who did not experience stress.