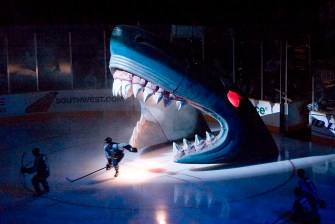 — The longest hockey game was over 8 hours. It started at 6:30pm and ended after 2am the following day. (source)

— Hockey fights are pretty cool to watch, but one caused almost a million Canadian dollars in damage. The Richard Riot, so named after hockey player / part-time-pugilist Maurice Richard, spilled out from the ice to the stands and eventually into the streets. Between 40-100 people were arrested (records aren’t clear). The most interesting this is the fight stems from a game four days prior, as fans were protesting that Richard had been forced to skip a game. (source)

— Denis Kulyach recorded a 110mph shot during a competition in Russia in 2011. Bobby Hull is said to have hit 115mph during a game against the Boston Bruins, but that hasn’t been officially verified. (source) 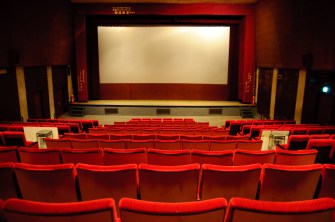 — The world’s longest non-experimental movie is a 14 hour documentary on nuclear weapons called Resan. There’s a 35-day long experimental movie called Logistics that follows, in reverse-chronological order, how a pedometer is made (from when it is sold in Sweden to when it is made in a Chinese factory). The world’s longest trailer is 7 hours and 20 minutes long, and is for the upcoming movie Ambiencé, which is set to be 30 days long, shown once, and destroyed. You can watch the 7-hour trailer here.

— The shortest movie ever nominated for an Oscar™ is Fresh Guacamole, which lasts a scant 1 minute and 40 seconds. (source)

— The longest a movie has spent in theaters is E.T., which remained in theaters for over a year. However, the longest amount of time spent running in a film is 1 hour and 14 minutes, and that record is set by actor, writer, and director Giulio Base for his film Cartoline de Roma, filmed in 2007. He walks and runs with his dog and contemplates life. (source)

— The world’s largest unboxing video is actually a real-life Volvo truck being unboxed by a 3-year-old. The box is made out of cellophane and cardboard, just like a real toy box. You can watch it here! It’s quite charming.

— Cardboard boxes were first commercially available in 1817. They were somewhat of a luxury, as they were each handmade. In the 1870s in Brooklyn, a Scottish inventor chanced upon a precut version after his paper bag order was screwed up by a supplier; as the story goes, a ruler slipped and cut the remainder of his order. He found out that he could precut and crease the boxes at the same time, thereby inventing the ready-to-go cardboard box. (source)

Hunting trophies, by the thousands, lined the walls of his palaces and lodges.