Researchers have long used open-sourced research that’s shared in an open-access, “you research and write it, I’ll publish it” model.

But there’s a new journal coming out in January that has rankled folks in the field of artificial intelligence (AI) who might otherwise write for it or read articles there. In fact, as of this writing, over 3,000 signatures have been added to a letter explaining,

“In the light of … the recent announcement by Nature Publishing Group of a new closed-access journal, ’Nature Machine Intelligence,’ the following list of researchers hereby state that they will not submit to, review, or edit for this new journal.” 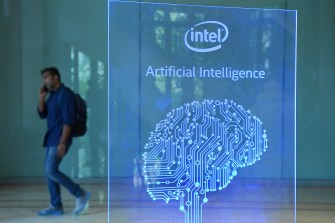 A visitor at Intel’s Artificial Intelligence (AI) Day walks past a signboard during the event in the Indian city of Bangalore on April 4, 2017. / AFP PHOTO / MANJUNATH KIRAN (MANJUNATH KIRAN/AFP/Getty Images)

Nature Machine Intelligence will have a fee system, which creates a pay-for-publishing model that duns researchers, authors, and writers; this is not something common to the field, which has historically been open-source, with scientists sharing their research with others, free of charge. In fact, Nature Publishing Group explained in an IPO that it intends to increase what it calls “impact factors” to increase the desire of researchers to publish with them, which will allow it to charge more for researchers and authors to do so. Basically, the quality and speed of peer review, the writing itself, and other, similar factors won’t influence what gets published as much as who can afford to pay to publish.

As written by scientist Neil Lawrence in an OpEd written for The Guardian, “We see no role for closed access or author-fee publication in the future of machine-learning research. We believe the adoption of this new journal as an outlet of record for the machine-learning community would be a retrograde step.”

China has been spotted trading with North Korea by a Japanese patrol plane. If true, the actions would violate international sanctions against North Korea.