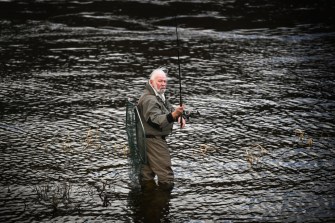 In England and Scotland, it is illegal to handle a salmon in suspicious circumstances

The Salmon Act of 1986 has to do with the regulation of salmon fishing, as the waters off of the east and north-east coasts of England and Scotland are famous for their boundless number of the fish. There’s 43 paragraphs in the law, but people certainly seem to be drawn to the 32rd section, which states that “it is illegal to handle a salmon in suspicious circumstances.” You can read it here.

While the line out of context sounds like it could easily be a new-wave album title — or, perhaps something out of a Monty Python sketch — it ostensibly has to do with illegal fishing, i.e., don’t go rogue and try and start a salmon fishing operation in British or Scottish waters without consulting the government first. 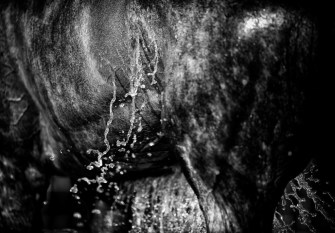 Water drips off a horse after finishing a race with a water bucket being poured on them at Exeter Racecourse on October 23, 2018 in Exeter, England. Photo credit: Harry Trump/Getty Images

In England, it is illegal to be drunk and in charge of a horse

Though the law is widely cited as not being allowed to be in charge of a cow, the law is actually on the books to include several other, uh, modes of transport. According to British law, “Under the Licensing Act 1872, it is an offense to be drunk in charge of a carriage, horse, cow or steam engine, or whilst in possession of a loaded firearm.” Ostensibly, this was a law is to make drunk driving illegal before cars were invented. 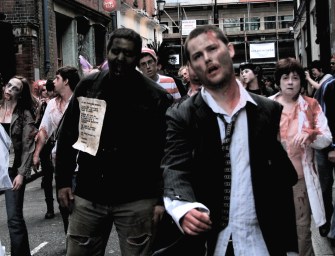 If the zombie apocalypse ever actually happens, there’s a good chance none of them will be taking a taxi. . . thanks in large part to the Public Health (Control of Disease) Act of 1984. The law is actually somewhat more specific in regard to the transport of sick passengers: you have to tell the driver you’re ill, and then it’s up to them to let you in. Then the taxi driver must tell the authorities, who in turn will disinfect the taxi. Bus drivers are forbidden from taking anyone with a “notifiable” disease, which includes the plague. 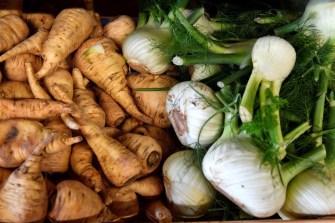 In France, if you advertise a product that exceeds a certain amount of sugar, you have to include that you should eat 5 fruits or vegetables a day, too

This stems from a 1976 law stating, amongst other things, that advertisers must include certain messages within advertisements. It was updated in 2006 to include more snappy and healthy lines, as well as a web address. A quick google translate of the law finds a few of the lines that must be included: “Learn about your child not to snack between meals,” and “Move, play is essential to the development of your child,” and “In addition to milk, water is the only essential drink”. How refreshing! 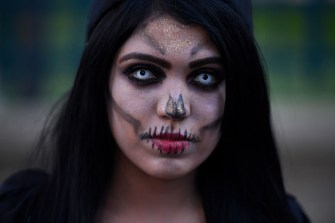 In France, it is legal to marry a dead person

Marrying a dead person is legal in France… but there has to be sufficient evidence that you were planning to marry before they died. After a tragic dam burst in 1959 dam, one widow wrote to then-President Charles de Gaulle to ask if it were possible to still marry her (now dead) husband. Touched by the letter, he wrote it into law. You can read the law here. 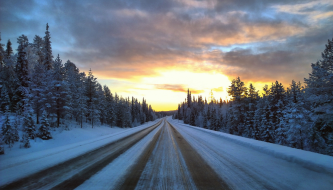 In Finland, you cannot play music in a cab.

Apparently your driver can’t play music in a Finnish taxi. According to a 2002 law, playing music in a taxi is designated as a “public performance.” To get around this, Finnish taxi drivers must pay about 14 euros a year to the Finnish Composers Copyright Society. The 14 euros applies for all music, not just Finnish music, meaning you can listen to more than the biggest Finnish song of the last 20 years, Darude’s “Sandstorm“, and Finland’s biggest contribution to music: death metal. 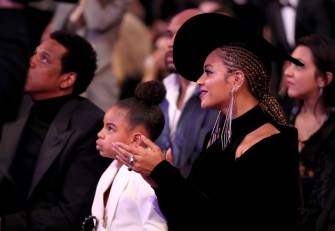 In Denmark, you cannot give your baby a weird name (and in Norway, you can’t name yourself Sonic the Hedgehog if you’re under 18)

The Law on Personal Names states that you have to pick from a list of acceptable names. Don’t worry — as of 2016 there’s about 18,000 women’s names and 15,000 men’s names. There’s also a special counsel that you can write to if you want to add a name from your home country. If you don’t like your last name, you can even change it to one of 2,000 “free” last names.

There’s a great story out of Norway I found while researching the above: in April, 2009, a 6 year-old boy asked his parents to send King Harald a letter, asking him if he could legally change his name to “Sonic X.” The parents didn’t send the letter until the boy insisted, and they unexpectedly received a reply from the king saying that, since the boy wasn’t 18, he couldn’t legally change his name to Sonic. 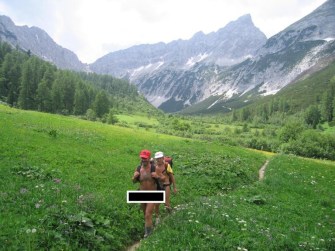 You can’t hike naked in Switzerland.

Bad news if you want to go berry-picking in the buff. In 2011, a Swiss court deemed it so that it would be made illegal to hike naked. The case was brought forth after a German man strode gallantly past a family picnicking in the town of Appenzell, near the Swiss Alps. Oddly enough, naked hiking had become increasingly popular in the years before the court ruling. The New York Timesran a whole article on it in 2009. 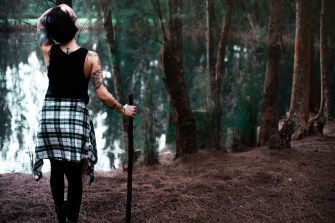 If the sea freezes between Sweden and Denmark, a Dane can legally hit a Swedish person with a stick if they walk to Denmark over the ice.

This is an ancient law that dates back to 1658, when Denmark and the Swedes were at war with each-other for 2 years and Swedes continuously marched across the belts of ice between the two countries. Nobody has cared to remove it since then, so the provision still stands. 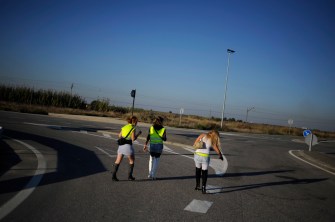 Prostitutes in Catalonia, Spain, have to wear safety vests.

A 2010 law made it so that prostitutes in Catalonia had to wear reflective safety vests. Not because of the job, but to make them more visible to traffic. There had allegedly been several accidents involving the prostitutes, who gather near the roadways. Although your correspondent’s Spanish is hazy — at best — research into exact incidents is turning up nada.

In terms of sheer productivity, “-gate” has no peer. Wikipedia’s list of -gates has over 260 entries.
High Culture

Detective fiction reveals how a particular society or time period looks at crime and criminal justice.
The Past

Soviet researchers studied crime through a Marxist-Leninist lens. Under Lenin, a humanitarian approach to criminality briefly emerged, but dissipated when Stalin rose to power.
Videos

A joint study from U.S. and U.K. universities shows promising results in reducing the rate of cognitive decline.