Many may dream of space but have no viable paths towards it. Becoming a government agency astronaut is for the select few or you need to shell out hundreds of thousands for nascent space tourism. But now comes an opportunity for you to reach past our stratosphere at least vicariously by purchasing stock in billionaire Richard Branson’s space company Virgin Galactic.

While this news does not necessarily mean you are going to the stars in the near future, it does bode well for the space industry as a whole. Later in 2019, Virgin Galactic will become the first publicly listed company that sends human to space, beating out Musk’s SpaceX and Bezos’s Blue Origin.

As reported by the Wall Street Journal, the deal to make this happen involves having a specially-designed acquisition company Social Capital Hedosophia Holdings Corp. investing about $800 million in Virgin Galactic to get a 49% ownership stake. Through the publicly-traded shell Social Capital Hedosophia, Branson’s company will be open to the people.

Why do this now? Virgin Galactic thinks this will net it enough money to keep the business going until its spaceships will start bringing in profits. 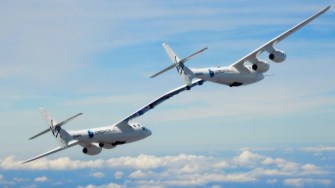 Branson expressed his rationale for the decision to be making sure “we can enable as many people in the world as possible to become astronauts.”

So far, Virgin Galactic sold about $80 million worth of seats on future spaceflights to 600 people. Overall, it raised over $1 billion since 2004 (but mostly from Branson himself).

In February, Virgin Galactic sent 3 people past the edge of our stratosphere in its SpaceShipTwo vessel. The test flight reached 56 miles above the Earth.

It’s found everywhere we know how to look, and just might be nature’s perfect fuel. Here’s how to harness it.Dark matter is one of the biggest mysteries in all of modern […]