In a last-minute agreement, Canada, Mexico and the U.S. have tentatively agreed to revisions of the 24-year-old North American trade deal. This new agreement, according to President Donald Trump, effectively replaces NAFTA with USMCA, which stands for the U.S.-Mexico-Canada agreement.

Trump said USMCA is “the most important trade deal we’ve ever made by far.”

“We have successfully completed negotiations on a brand new deal to terminate and replace NAFTA and the NAFTA trade agreements with an incredible new U.S.-Canada-Mexico agreement,” Trump said at Rose Garden news conference, adding that “it will transform North America back into a manufacturing powerhouse.”

The U.S., Canada and Mexico are expected to sign the agreement at the end of November, though it will require legislative approval from all three countries. U.S. lawmakers are expected to vote on the deal in 2019, and it’s unclear whether it would pass if Democrats take control of the House next month.

Here are some key parts of USMCA: 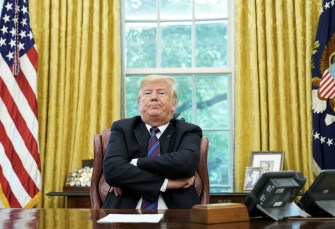 US President Donald Trump after a phone conversation with Mexico’s outgoing President Enrique Pena Nieto on trade on August 27. The new deal was made just hours before the October 1 deal deadline.

The new agreement would take effect in 2020. Under the terms, the three countries would meet every six years to review and potentially renegotiate the deal, which would last 16 years, at which time the countries could agree to extend it.

To encourage more localized car manufacturing, the new deal requires 75% of a car’s parts to be produced in Mexico, Canada or the U.S. in order for automakers to avoid tariffs. That’s an increase of about 12% compared to NAFTA.

In addition, nearly one-third of automobile manufacturing in the three countries must be done by workers earning an average production wage of $16 an hour.

Canada will open up its dairy market slightly by allowing American farmers to export about $560 million worth of dairy products. Canadian farmers criticized the move, but it’s a general win for the U.S.

“The deal includes a substantial increase in our farmers’ opportunities to export American wheat, poultry, eggs and dairy, including milk, butter, cheese, yogurt and ice cream,” the president said Monday. “Those products were not really being treated fairly as far as those who worked so hard to produce them, and now they’re going to be treated fairly.”

Canadian officials had said the U.S. was at fault for producing too much dairy products.

The new deal features stronger restrictions on copyright infringement. It says that internet service providers (ISPs) shouldn’t be held directly responsible when their users or companies traffick in pirated content—so long as they cooperate with copyright owners and law enforcement.

Ultimately a win for Trump

Replacing NAFTA has long been a goal for Trump, who’s called the longstanding trilateral deal a “disaster.” And even though USMCA is more of an updated version of NAFTA than a completely new deal, the president arguably scored a few victories, and possibly some more supporters among American farmers and auto workers, by reaching the agreement just hours before Sunday night’s deadline.

Still, USMCA will likely have little effect on the president’s ongoing trade conflicts with China.

“We’ll see what happens with China,” Trump said. “We don’t have a deal with China. There is no deal. They do whatever they want.”

The Seychelles magpie-robin is up for sale – yes, for sale – as a digital nature collectible.
The Present

By slowing down aging, we could reap trillions of dollars in economic benefits.
Up Next
Hard Science

Credit: NASANASA this week unveiled its new plan that many are calling “bold” and other lofty adjectives, with a 10-to-20-year span, each phase of which is somewhat dependent on what […]